Richard Bauckham on Matthew’s Use of Luke

Over at Alan Garrow’s blog, he has a statement from Richard Bauckham on how he changed his mind about the Synoptic Problem and came to believe that Matthew used Luke, i.e. Matthean posteriority (simultaneously annoying Q and Farrer-Goulder theorists).

To me Matthew’s use of Luke had the obvious advantage of avoiding what I found incredible in the Farrer hypothesis. Though Matthew’s compositional procedures, if he took the “Q” material from Luke, would involve often conflating Luke with Mark (in the way that advocates of Q envisage him conflating Q with Mark), his procedures would be much less complex and difficult than those of Luke according to the Farrer hypothesis. A further consideration is that Q scholars, when judging whether Matthew or Luke preserved the more “primitive” form of a saying of Jesus, tend in a large majority of cases to decide for Luke. While the criteria for making these judgments are often not very secure, the overall impression that Luke has the earlier form of sayings he shares with Matthew should surely make it worth considering the hypothesis that Matthew took the “double tradition” material from Luke, rather than vice versa. (Since B. H. Streeter, the case for Q has standardly included the “alternating primitivity” of the “double tradition” material. In other words, sometimes Matthew, sometimes Luke preserves the more primitive form. This assertion seems to have obscured the fact that actually most scholars working with the Q hypothesis judge Luke to be more primitive far more often than they judge Matthew to be.)

Interesting indeed. I think it is fair to say that the two-source is consensus is breaking down, Farrer-Goulder is a tenable rival, with a few other options now garnering support, though Matthean posteriority might take a while to take off. Sadly for me, I don’t see too many lining up for my Holtzmann-Gundry (or Three-source) theory.

I should note that Martin Hengel also held the Matthean posteriority position!

October 26, 2018
A Christian View of Human Identity
Next Post 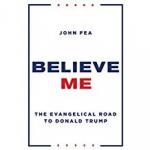 I'm Sorry, But You've Been Canceled
George Whitefield canceled John Tillotson. Tillotson was one of the most influential...
view all Evangelical blogs
What Are Your Thoughts?leave a comment
Copyright 2008-2021, Patheos. All rights reserved.
Close Ad