For those interested in what I’m up to on the publishing side of things, here’s what is scheduled to come out.

First and foremost is The New Testament in its World with N.T. Wright, bigger than Ben Hur, basically the lifetime work of N.T. Wright in NT Intro form with supplements from me and a brilliant design by Zondervan/SPCK. Don’t miss it!

Then there is Trinity without Hierachy, co-edited with Scott Harrower, a further word on the Trinity and subordination debate, some awesome contributors like Peter Leithart, Madison Pierce, Stephen Holmes, Amy Brown Hughes, Tyler Wittman, and others. Coming out with Kregel.

Also, Cambridge Companion to the Apostolic Fathers, again co-edited with Scott Harrower, this is a great series and we have star-packed line-up that will make the AF Great Again! I’m working on the Epistle to Diognetus and enjoying it.

Evangelical Theology second edition, I’ve had so much good feedback on this volume, so hopefully I’ve made a good thing even better. I’ve cut out and condensed a lot of material. More on the nature of theology, Trinity, kingdom-through-covenant, and multi-site churches. Plus more interaction with female and global scholars. And lots and lots of gospelizing.

7 Things I Wish All Christians Knew About the Bible, an introduction to the Bible, covering everything from canon, to inerrancy and inspiration, responsible interpretation, importance of background knowledge, biblical authority, and Christ-centered hermeneutics.

Philippians with my Pauline bruda from anuda muda, Nijay Gupta, in the New Cambridge Bible Commentary Series. Hoping this will be a gem of an intermediate commentary.

Religious Freedom in a Secular Age, a book about debates over religious liberty based on the evolving situations in the USA and Australia. This book needs to be re-written on a near daily basis with much happening. TBA, but coming!

As I wrap up the volumes above, what I’m hoping to start this year is:

A Theology of the New Covenant: Context, Community, and Canon, my version of a NT Theology with a few pike-half-twists and surprises (IVP).

The Case for Amyraldianism. Turns out that Calvinism and Arminianism are not the only two shows in town when it comes to election and atonement. There is a Reformational minority report that is worth hearing that is largely embraced by Anglicans and Lutherans. Keep an eye out for it in the future (Kregel).

Maybe, just maybe, an illustrated catechism on the Lord’s Supper for children too.

Keep an eye out for a few things I’ve contributed

An essay on Paul among Jews, Greeks, and Romans in The Face of NT Studies edited by Scot McKnight and Nijay Gupta.

An essay on the Gospel of Mark for the Cambridge Companion to the New Testament, edited by Patrick Gray.

With Ben Sutton, we’ve written a piece on social memory theory in Acts for a book on Jesus, Tradition, and Memory.

Contributions to Zondervan DVDs on Inerrancy: Five Views and Four Views of the Apostle Paul.

January 7, 2019
My interview with TGC on Gospelizing, Gracism, and Church Planting
Next Post 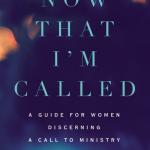