Prof. Helen Bond (Edinburgh Uni) has written a very brief and yet concisely rich introduction to the historical Jesus (I’m guessing this is a slightly shorter version of her book The Historical Jesus: A Guide for the Perplexed [London: T&T Clark, 2012]).  The book design is brilliant with the cut out “J” in the front cover revealing an iconic picture of Jesus.

Bond provides a good overview of the evidence that Jesus did in fact exist, stating that “Given that Jesus was a peasant from an insignificant part of the Empire, we actually have surprisingly good evidence not only for his existence but for the course of his life and even the contents of his teaching. All of our sources need to be used with care, but there can be no doubt that he existed and we can say something about him” (8). Thereafter comes a short summary Jesus’s political context and early life, especially the significance of prophetic renewal movements, and the Gospels giving “the impression that he was a deeply spiritual man, someone who had reflected deeply on the traditions of his people and was ready to respond to God’s call” (15). Next is Jesus’s message and miracles with the kingdom of God described as the hope “that the God would reign as king could also be experienced in the most intimate way, as father” (18). When it comes to miracles, Bond is agnostic, noting “All the historian can do is note that people around Jesus seem to have thought he had amazing abilities” (19). Jesus’s kingdom message also had “clear political implications” (21). In what follows, Bond dispels the idea that Jesus was married to Magdalene, she then provides a short summary of the Pharisees as a movement of pious teachers concerned with scriptural interpretation and priestly purity – I think they were a tad more political than that and had a zealous wing concerned with Israel’s liberation. Bond asserts that there was no question of Jesus ever breaking the Jewish law and the Pharisees would have probably have agreed with most of what Jesus taught and said, their animus with him was over the impure and corrupted company he kept (27-28). Bond believes that the triumphal entry and temple episode were probably small scale but convinced the Jewish authorities that Jesus needed to be dealt with. Bond is skeptical about the traditions concerning the last supper and what happened at the arrest and trial, though she does not think that Jesus would have been particularly surprised to have been arrested. Also, Bond thinks that if Jesus was indeed buried “it was likely a shameful interment in a pauper’s grave rather than the respectable tomb envisaged by the Evangelists” (for a good counter-point, see Dale C. Allison, Resurrecting Jesus). The rest of the book talks about the legacy of Jesus in terms of St. Paul, the canonical Gospels, apocryphal Gospels, and Nicea. Sadly, this is the only part of the book I disliked since I’d contest several points, not least the implication that it was not until the fifth century that “The Jewish prophet from Nazareth was now worshipped by his followers as God incarnate” (60). I’d recommend another Edinburgh Uni scholar, Larry Hurtado, on that topic. Also, Chalcedon was 451 not 431. The stuff on Jesus in art and Jesus today is very good covering everything from ICTHYS, to WWJD, Monty Python, the Matrix, and Doctor Who.

This book is ideal for an undergrad course at a university on Jesus or else part of a NT Intro course. It is short, doesn’t cover everything, doesn’t survey scholarship, doesn’t nuance every answer as I might, but gives a concise and cogent account of what we know about the historical Jesus.  The strength of its book is its brevity, the whole thing can be read in an hour or two. 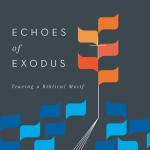 March 8, 2019 Echoes of Exodus
Recent Comments
0 | Leave a Comment
Browse Our Archives
get the latest from
Euangelion
Sign up for our newsletter
POPULAR AT PATHEOS Evangelical
1

Why Do So Many Christians Hate on Video...
There are obvious citations that anyone can pull up that show the...
view all Evangelical blogs
What Are Your Thoughts?leave a comment
Copyright 2008-2020, Patheos. All rights reserved.