The Case for Breaking the Seal of the Confessional

The Case for Breaking the Seal of the Confessional April 10, 2019 Michael F. Bird

Over at The Spectator (Oz), I have an article entitled: It’s time to end the seal of the confessional: the religious case

I argue that Catholic clergy should be required to lift the seal of the confessional and to engage in mandatory reporting of child sexual abuse:

It is after much reflection that I wish to declare my support for the mandatory reporting of child sex abuse even if it requires Catholic clergy to break the seal of the confessional.

Even an advocate for religious freedom like myself understands and accepts the arguments for requiring Catholic clergy to break the seal of confession and to provide mandatory reporting of child sex abuse. Religious freedom is an intrinsic human right, a key index for gauging freedom in any state, but it is not absolute and can be limited in instances of public safety.

I know this goes against the consciences of my Catholic friends for whom the sanctity of the seal of the confessional is tremendously important. My social media feeds have been filled with Catholic friends declaring that the proposed legislation is tantamount to war on the Catholic Church. Many have said they are willing to go to prison or even die to protect the seal of the confessional.

Even so, there are several cogent arguments – religious, ethical, and legal – why the seal can be broken in the instance of reporting child sexual abuse, whether by clergy or by anyone else.

Lifting the seal of confession is, I submit, not only necessary but entirely sound when considered in light of Scripture, moral discourse, tradition, international law, and the church’s pastoral responsibility and missional witness. 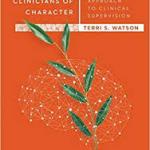 April 12, 2019 Christian Faith and Clinical Supervision
Recent Comments
0 | Leave a Comment
"This is a false accusation. Here's an article written by Phil Johnson in which he ..."
Rodrigo Avila Do We Need a Code of ..."
"I'll still laugh and point at the majority of you, but > Xtianity: It is ..."
Steven Watson Before I Went to Seminary I ..."
"dia pistis Iēsous Christ I suspect the ambiguity, both here and in other places, is ..."
Steven Watson Rom 3:21-26 – Translates, Paraphrase, Notes
"Second Temple Judaism spoke of YHWH being two "prescences". After Christianity the rabbis declared this ..."
the old scribe Philo, the Two Powers within Israel’s ..."
Browse Our Archives
get the latest updates from
Euangelion
and the Patheos
Evangelical
Channel
POPULAR AT PATHEOS Evangelical
1