10 Characteristics of the Canonical Gospels

Luke Timothy Johnson lists ten characteristics shared in all of the canonical Gospels:

1. All four Gospels are realistic narratives

2. All four Gospels have specific historical roots in first-century Palestine.

3. All four Gospels explicitly connect the story of Jesus to that of Israel, using the texts and stories of the Torah and Prophets to express the identity and role of Jesus.

4. All four Gospels emphasize the way that humans respond to Jesus.

5. All the Gospels climax in the passion of Jesus.

6. All the Gospels share an understanding of the resurrection of Jesus that is continuous with his human existence and sustaining of the relationships formed in his human ministry.

7. The Gospels, despite their manifold differences, agree in their portrayal of Jesus as a human sent from God for the sake of other humans, who speaks and acts as God’s representative, even as he is also radically committed to the obedience to God.

8. In all of the Gospels, God is at once the Father of Jesus and the God of Israel.

9. In all of the Gospels, God’s triumph is still in the future.

10. In all of the Gospels, despite their divergent portrait of the disciples, they agree that discipleship means walking the path of radical obedience to God and living in service to Jesus Christ.

Notably, these characteristics are not shared by the apocryphal Gospels!

Johnson also believes that the differences among the Gospels make it hard to write a theology of the Gospels. Instead, he thinks it better to ask what kind of theology does the canonical tradition support and what kind theology is incompatible with it. In his mind, it supports an orthodox faith as espoused in the “rule of faith” and the classic creeds like the Apostle’s Creed. The theology of the Gospels is inconsistent with a Gnostic theology. 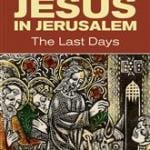 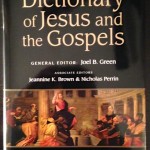