Mondays with Moo and McKnight – Romans 2

Interestingly, Moo continued to argue the view that justification to the doers of the law is hypothetical (2:13), he sees no Gentile Christians (2:14-15) except allusively towards the end of the chapter (2:27-28):

We think, therefore, that vv. 7 and 10 set forth what is called in traditional (especially Lutheran) language “the law.” Paul sets forth the binbilal conditions for attaining eternal life apart from Christ. Understood this way, Paul is not speaking hypothetically. But once his doctrine of universal human powerlessness under sin has been developed (see 3:9 especially), it becomes clear that the promise can, in fact, never become operative because the condition for its fulfillment – consistent, earnest seeking after good – can never be realized (p. 153).

Christians must indeed be “doers” if they want to be vindicated in the judgment. But Christians do not “do” the law of Moses … but the “law of Christ”. As in vv. 7 and 10, therefore, we think it more likely that Paul is here simply setting forth the standard by which God’s justifying verdict will be rendered (p. 158).

Verses such as Rom. 2:7, 10, 13, and 7:10 suggest that Paul agreed with the Jewish belief that justification could, in theory, be secured through works. Where Paul disagreed with Judaism was in his belief that the power of sin prevents any person, even the Jew who depends on his or her covenant status, from actually achieving justification in that manner. While, therefore, one could be justified by doing the law in theory, in practice it is impossible (p. 166). 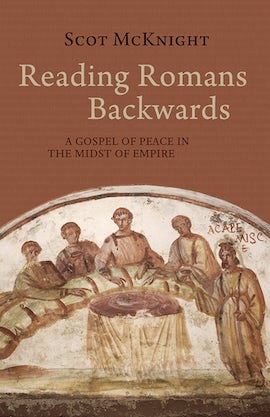 McKnight calls Romans 2 a “Rhetorical Turn” where Paul moves from accepting the judgment of the Wisdom of Solomon on the Gentile world to putting such an author, with his/her judgment of Gentiles, in the dock before God. McKnight further argues that, in view of Romans 14, the “Judge” in this case might actually be the “weak” those Christian Jews who sit in judgment of the “strong” about the observance of Torah. He writes:

Paul, then, is not talking about Judaism per se or even Jewish privilege in general; he is talking about a specific audience in Rome – the Weak – and the Weak is a group who knows Torah, believes in Torah, practices Torah, and expects gentile believers to convert the whole way and join them in Torah observance because they know the will of God. They know because they are God’s elect, God’s remnant, the messianic people of God. Because the gentile believers, the Strong, are not doing Torah, the Weak judge them as inferior and uncommitted to the fullness of God’s revelation in Moses. Yes, Torah observance is a boundary marking used aginst the Strong, the gentile believers, that concerns Paul (p. 108). 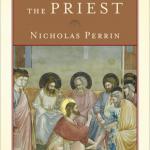 August 7, 2019 Post-Commentary Reflections on Philippians
Recent Comments
0 | Leave a Comment
Browse Our Archives
get the latest from
Euangelion
Sign up for our newsletter
POPULAR AT PATHEOS Evangelical
1

Where Is God in This Pandemic?
Roger E. Olson
Books by This Author Books by Mike Bird

Evangelical
Is the Gospel of John a Forgery?
Euangelion