Ernst Lohmeyer – Between the Swastika and the Sickle

James R. Edwards
Between the Swastika and the Sickle: The Life, Disappearance, and Execution of Ernst Lohmeyer
Grand Rapids, MI: Eerdmans, 2019.
Available at Eerdmans.

This is easily one of the best books I’ve read this year! I love reading the biographies of NT scholars, though some are boring, this one is certainly not!

In 1979 I was leading a Berlin Fellowship team to Greifswald, the very city where Lohmeyer had disappeared. In the midst of a church meeting I incautiously inquired of Lohmeyer’s fate. The pastor immediately terminated the meeting and took me for a walk, where he explained that the name of Ernst Lohmeyer could not be mentioned in East Germany. Lohmeyer had been executed as an “enemy of the state,” he said, and my inquiry risked incriminating members of the congregation as Lohmeyer sympathizers in the eyes of the secret police, who were surely present at the meeting. I regretted my indiscretion, of course, but I resolved with equal intensity, if the opportunity ever arose, to attempt to restore the honor of his life and memory.

– Tubingen university has a collection of Jewish hate literature written by faculty during the Nazi period.
– Gerhard Kittel tried to be a moderate Nazi, only against secular Jews, not practicing Jews. He also regarded extermination of the Jews as infeasible, not morally wrong!
– The German Christians regarded Nazism as the completion of the Protestant Reformation.
– Edwards (116) notes: “One of Nazism’s most successful evils was its ability to co-opt personal virtues of its adherents for the evils of the party, with without corrupting the virtues or burdening the adherents with undue responsibility or guilt.” See on this too Peter Haas’s book Morality After Auschwitz which points out that the Nazi ethic was so compelling because it was so eclectic drawing on German philosophy, culture, Lutheranism, nationalism, Darwinianism, and even Nordic mythology.
– Lohmeyer’s letter to Martin Buber in response to Kittel’s book on the Jewish question is very moving.
– George Walter wrote a pamphlet arguing that the German church needed to “free itself from slavish dependence on the Bible” which was “unchristian and un-German” and receive a new revelation through culture (136).

– There’s also an amusing story of a Nazi official who came to Greifswald and told the theological faculty that they should teach religious pluralism and that the manuscripts of the Bible were obviously corrupted (158)
– The Reich bishop Ludwig Mueller is described as “theologically incompetent, power hungry, devious, and vain – just the man for the job” (149).
– Lohmeyer was probably executed by the Russians due to guilt by association since a German military unit he was part of during the war committed an atrocity in Poland even though Lohmeyer was known to have been elsewhere, for being too soft on the de-Nazification of East Germany, and due to grudges against him by local German communist groups who wanted control of the university for themselves.

See the interview with James Edwards over at Eerdword. 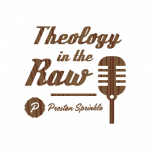 September 16, 2019
My Interview with Preston Sprinkle on Theology in the Raw
Next Post 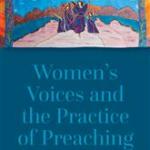