Thanks to Regent College, there are audio recordings of N.T. Wrights “Grappling with Galatians” lectures delivered at Regent College which are a great preview of Wright’s forthcoming Galatians commentary for Eerdmans (TBA). You can purchase the lectures here.

Thanks to Frank du Preez, here’s a quote from his first lecture:

So the crisis in Galatia: The problem we face in Galatians is obvious. It is written at “white heat”, it is a very specific and very agitated message to one particular group of congregations, at one remarkable moment in very early church life. But few, if any, contemporary readers in the twenty-first century, at any point in the world, will face the precise challenges that the Galatian churches were facing. Paul is writing, for a start, to defend himself against accusations that his gospel was “second hand” and muddled. Now there may be some situations in which some Christian teachers face that charge, but that’s not very normal, I think.

Paul is arguing passionately that Abraham was promised one family, not two. That’s not something which naturally occurs to many preachers that they need to insist on today. He is arguing that the male Jesus followers among his Gentile converts should not submit to circumcision. This again is not an issue in most of our churches. He is warning against factional fighting, including it seems some actual violence. So none of this sounds like the stuff of regular preaching and teaching in today’s Western churches, which is why many generations of preachers and teachers and ordinary Christian readers, have drawn more general lessons from the book, creating an abstract de-historicised world. And in such a world circumcision might stand for good works in general, or even religious ritual in general. And likewise, Abraham might be seen as simply an example of someone who was justified by faith, and so on. We “lift off” from history and go into these generalisations which we then can reapply elsewhere.

And Paul’s opponents, the people trying to compel the Galatians to “Judaize” – the word “Judaizing” doesn’t mean to force somebody else to become a Jew who isn’t, it means trying to take on the habits and practices of the Jewish people. Paul’s opponents have often been recast in the form of much later groups, notoriously in the sixteenth century when Luther and others assumed that Paul’s opponents were much like late medieval Roman Catholics. As I hope most of you know, that is simply not the case.

Interestingly, in New Testament scholarship that idea that Luther was basing his reading of Galatians on his reading of late medieval Catholicism, that came into biblical scholarship particularly with the work of Ed Sanders in 1977. But 20 years before Sanders, Karl Barth said exactly the same thing in the Church Dogmatics. He saw very clearly that Luther was projecting his own theological battles back onto the first century, with all the dangers of distortion and misunderstanding.

And this kind of reading does with the New Testament what many Christians have done with the Old – reading it in an allegorical or figural way. I’m not saying that’s always bad. Often as preachers we do need to try something like that. But as the medieval theorists themselves knew, you must always be careful to make the literal historical sense basic before you then go off into figures or allegories. You’ll see how that will work out.

Now of course there is nothing wrong with generalisation, in and of itself. How might that be done? Well think about it. Galatians 1 and 2, Paul is insisting that his gospel is the real apostolic message. He’s a genuine apostle. In Galatians 3 and 4, he is stressing the unity of the church across the Jew/Gentile boundary, and that this results in a single worldwide family of the messiah’s people. And then in chapters 5 and 6, he insists on a way of holiness which upstages anything available to either Jew or Gentile. Well take those generalisations. What is Paul teaching? That there is one, holy, Catholic and apostolic church – those four adjectives apply precisely. Paul would agree.

I should add that Wright has a lecture course on Galatians for Logos and the first lecture of a Galatians series is also available from N.T. Wright Online 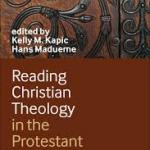 September 13, 2019
Reading Christian Theology in the Protestant Tradition
Next Post

September 15, 2019 Re-thinking Gospel Genre After Richard Burridge
Recent Comments
0 | Leave a Comment
Browse Our Archives
get the latest from
Euangelion
Sign up for our newsletter
POPULAR AT PATHEOS Evangelical
1