Behind the Scenes of the Old Testament

We ask a lot of students of the Old Testament: not only do we expect them to dive headlong into the tight web of stories and motifs within the text, we also want them to keep an eye on the literary and historical context in which the texts were produced. These adjacent fields of comparative literature, archaeology and sociology are themselves highly specialised, vigorously contested and constantly changing due to new discoveries (and, dare I say, new fashions).

Behind the Scenes of the Old Testament is a 500 page distillation of most of those adjacent fields as they stand in 2018. The editors have brought together 68 specialists to write short surveys on a judiciously chosen list of topics relevant to the Old Testament.

The book is structured using the helpful metaphor of a drama. Part One addresses the ‘elements of the drama’: the stage (geography), sets (archaeology), scripts (ancient texts) and something called ‘frames’ (iconography). Part Two integrates the evidence into ‘acts’ and ‘scenes’. The ‘acts’ refer to broad historical periods within the biblical narrative: from the ancestral period through to the divided monarchy and into the Maccabean period. The ‘scenes’ refer to particular flash points in the drama about which there is substantial relevant ANE material: Akhenaten and the Amarna Period, the battle of Qarqar, Alexander the Great, and so on. The final part considers different thematic approaches to the material: religion, family, economy and governance. Each part is a fascinating study in itself, and having the different approaches to the material so clearly mapped out and organised for us using the metaphor of the drama is itself worth the price of the book.

The hardback volume is tastefully presented with 80 or so black and white illustrations (photos, graphs, maps, etc). These are somewhat unevenly clustered, with some contributors apparently more visually inclined than others (why does the Tel Dan inscription get a photo but not the Merneptah Stele?). At the end of the book there is an 80 page slab of references (which might have been more useful broken up into each chapter as ‘further reading’). Scripture, Ancient Text and Author indexes follow (no Subject index, sadly). A minor quibble with the Ancient Text index is that texts with multiple names usually appear only under one of them, which makes it ideal for people who already know quite a bit about the text, but not so good for people who are still trying to get their head around the different sources.

There are naturally some things this book doesn’t offer. When teaching this material I find it essential to send students back to read the Ancient Near Eastern primary documents in translation, so as to get a feel for the texts themselves. This book is not a replacement for a good collection of primary sources, as the chapters contain only short extracts from selected sources.

Overall this is a very welcome addition to the arsenal of tools for teaching the Old Testament, and I’m sure it’ll find its way onto many reference lists in coming semesters.

Andrew Judd is lecturer in Old Testament at Ridley College. 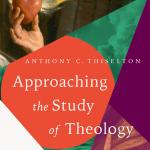 October 27, 2019
Anthony Thiselton on Approaching the Study of Theology
Next Post 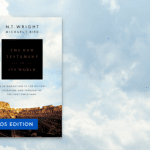 November 1, 2019 Teaching New Testament Intro in the Information Age
Recent Comments
0 | Leave a Comment
Browse Our Archives
get the latest from
Euangelion
Sign up for our newsletter
POPULAR AT PATHEOS Evangelical
1

10 Toxic Traditions That Are Killing...
New Wineskins
Books by This Author Books by Mike Bird 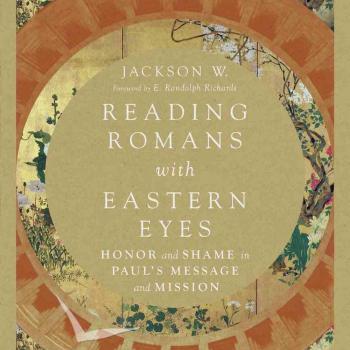 Wonder and False Wonder
The just live by faith. This is the Orthodox, classical, Christian school:...
view all Evangelical blogs
What Are Your Thoughts?leave a comment
Copyright 2008-2020, Patheos. All rights reserved.