N.T. Wright contends that “Israel should have been – had been called to be – the divine answer to the world’s problem; and that, instead, Israel is itself fatally compromised with the very same problem.”[1] Wright bases this on Paul’s words that Israel as whole was “entrusted with the oracles of God” (Rom 3:2), intended to be “a guide to the blind, a light to those who are in darkness” (Rom 2:19), and “the name of God is blasphemed among the Gentiles” precisely because Israel failed in this task (Rom 2:24; Isa 52:5). What is more, Israel’s unfaithfulness (Rom 3:3) is countered by the “faithfulness of Jesus Christ” (Rom 3:22), the climax of Israel-faithfulness to the divine purpose of redemption, since Jesus is the representative Messiah who accomplishes in himself the role marked out for Israel.[2]

Lionel Windsor, himself committed to post-supersessionist readings of Paul,[3] has argued that Paul’s apostolic ministry was itself the expression of a Jewish vocation to reach the nations. Windsor disagrees with Wright in that Paul’s contention against his Jewish contemporaries was not their ethnocentrism, rather, it was their failure to grasp the purpose of their ethnicity and their failure to discharge their unique divine vocation. Whereas “mainstream” Jewish communities believed that their vocation was to keep and teach the Mosaic Law, Paul conceived of the Jews’ distinct role “to preach the gospel of Christ to the Gentiles as the fulfilment of the Law of Moses and the power of God for salvation to all who believe.”[4] He maintains that Israel was the recipient of a divine revelation in the Torah which revealed God’s universal wisdom. This Torah, if taught properly, pointed ahead to Christ, which Israel was failing to do, but Paul, in a manner reminiscent of the Isaianic servant, was called to announce. According to Windsor, “Paul viewed his own apostolic vocation as the fulfillment of Israel’s vocation,” so that his identity as an “Israelite” (Rom 11:1) and his identity as the “apostle to the nations” (Rom 11:13) are two sides of the same coin. Paul identifies himself with Israel because “Israel is central to God’s worldwide purposes, as declared in his gospel (Rom 9:1-5).”[5] Important for Windsor is that Paul is not seeking to “eradicate Jewish distinctiveness or to show that all Christians are in fact ‘true Jews.’” Rather, “Paul is confident that his own vocation and Israel’s vocation will ultimately converge.”[6]

[3] Lionel J. Windsor, Reading Ephesians and Colossians After Supersessionism: Christ’s Mission through Israel to the Nations (Eugene, OR: Cascade, 2017). 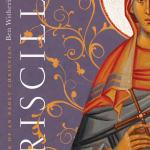 October 21, 2019 Priscilla - A Novel
Recent Comments
0 | Leave a Comment
"I thought this was a very good review; thanks for posting it."
Terry Evangelical Perspectives on Barth: Two New ..."
"I have studied the Orthodox a good bit over the years and in all honesty ..."
Chad V Salvation in Eastern Orthodoxy
"Don't Eastern Orthodox leave room for the salvation of all through Jesus?"
Nimblewill Salvation in Eastern Orthodoxy
"I was responding to original post"
Thomas Loy Bumgarner Is Nothing Sacred? The Contemporary Practice ..."
Browse Our Archives
get the latest from
Euangelion
Sign up for our newsletter
POPULAR AT PATHEOS Evangelical
1 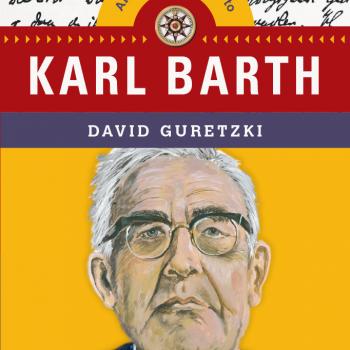 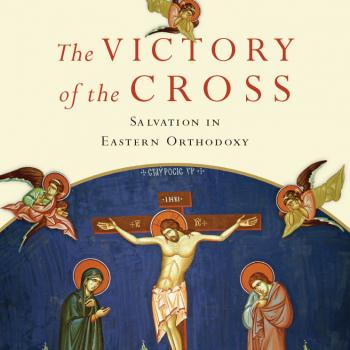