Finding Jesus through his later followers

One discernible trend in scholarship is that Jesus, historical or otherwise, is only accessible through the memory, tradition, and theology of his later followers:

Allison (“The Historians’ Jesus and the Church,” 94) puts it eloquently: “Jesus’ identity cannot be sundered from a whole constellation of post-Easter circumstances: somebody attributed to him the remarkable Sermon on the Mount, and somebody else remembered his death by creating Mark’s stark and moving passion narrative, and somebody else penned Luke’s beautiful and human Gospels, and somebody else produced the symbolically rich and mystically charged Gospel of John, and somebody else composed the paean to love in 1 Corinthians 13 and declared there to be no difference between Jesus and Gentile, Jesus wrote none of this, but without him none of it would have been written; and if his character had been different, the character of these texts would be too.”

Watson (“Veritas Christi: How to Get from the Jesus of History to the Christ of Faith without Losing One’s Way,” 107, 114) is similar: “At every point Jesus is filtered through early Christian tradition; at no point do we encounter him face to face. … Even from a historical point of view, however, it is not at all easy to detach Jesus from his first followers. Their reception of him is also his impact of them.”

Schnelle (New Testament Theology, 67) expands on the same point: “The quest for Jesus cannot be reduced to the ‘historical Jesus’ or the ‘real Jesus, for if Jesus is accessible to us only in the narratives that present him, and therefore already interpret him, research cannot distinguish between a ‘purely historical’ and a theological approach. There is a historical quest for Jesus, but not a quest for the historical Jesus. Because Jesus of Nazareth has never been accessible apart from his significance for faith, research must also pose the pre-Easter questions of his consciousness of his own mission and the theological significance of his work.”

Several good essays on this topic are available in Beverly Gaventa and Richard Hays (eds.), Seeking the Identity of Jesus: A Pilgrimage (Grand Rapids, MI: Eerdmans, 2008). 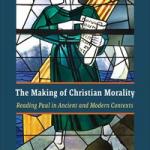 November 30, 2019 Disability and the Quest for the Inclusive Church
Recent Comments
0 | Leave a Comment
Browse Our Archives
get the latest from
Euangelion
Sign up for our newsletter
POPULAR AT PATHEOS Evangelical
1

Where Is God in This Pandemic?
Roger E. Olson
Books by This Author Books by Mike Bird

Evangelical
Is the Gospel of John a Forgery?
Euangelion