William Wrede famously said that “anyone who accepts without question the idea of the canon places himself under the authority of the bishops and theologians of those centuries.”[1] If Protestants question the ancient catholic church’s judgements and authority, a consistent Protestant will also contest their limitations of the extent of the canon. Thus, for Wrede, NTT is really about plotting the debates, developments, and diversities in early Christians literature, including but looking well beyond the New Testament, into the age of the apostolic fathers and finding its upper limit with the early apologists. Here NTT is merely a cipher for history of Christian religion and is the attempt to ascertain “what was believed, thought, taught, hoped, required, and striven for in the earliest period of Christianity; not what certain writings say about faith, doctrine, hope, etc.” [2]

Should we abandon New Testament Theology for the History of Early Christianity? Well, as for equating submission to the biblical canon with submission to episcopal authority, well, all I can say is give me a fourth century Cappadocian bishop speaking ex cathedra any day over a twentieth century liberal German protestant, because we all know the wonderful fruits born by liberal German Protestantism between 1914 and 1945.

Against those who insist that one must look beyond the church’s canon, it should be remembered that the canonisation of the New Testament was born of necessity and did not so much narrow the faith as much as prevent it from becoming so broad as to be nebulous. The formation of the canon was a historical process of theological judgments, one that was inevitable as it was essential. The question raised by persecution (which books do I hide from authorities) and deviation (which books should we not read at church) had to be settled as a pragmatic necessity, whether that was locally (e.g. Bishop Serapion in Antioch in relation to the Gospel of Peter ca. 180 AD), in a large diocese (Athanasius in his 39th Festal Letter of 367 AD), or regionally (councils of Hippo and Carthage ca. 393-419 AD). The New Testament’s canonisation represents the coalescing of a creedal and textual culture, however diverse it was across the east and west, that settled on the books of the New Testament as the normative attestation of the church’s faith. The formation and promulgation of the New Testament canon was not an arbitrary arrangement nor an exercise in pernicious politics. It constituted an effort to retrieve the christological foundations and apostolic testimony on which the church was based and to set limits on the extent of the diversity which it already knew.[3] The canon represented an attempt to apprehend authentic apostolicity, to arrest diversity headed towards deviancy, all the while operating within a consensus of broad catholicity. Its effect was to doubly to unify diverse groups around an agreed apostolic heritage and to rule out dissidents whose views lacked apostolic coherence. The limits of diversity could not accommodate splitting the God of creation from the God of redemption (Marcionism), entertaining strange cosmologies while furnishing Jesus as an esoteric revealer (Valentinianism), worshipping a human Jesus and holding a Torah-centred faith (Ebionism), or lifting up new prophecy to absolute authority (Montanism).

The effort to define the canon as a sacred catalogue of sacred books did serve to put broad boundaries on the church’s faith, even so, the canon created parameters in which the vibrant varieties of the faith were able to operate and find oxygen. The canon cemented the basis and basics of a theological culture that was inclusive of and binding upon a diverse array of persons whether bishops, independent teachers, and laity.[4] The canon functioned to limit diversity not to remove it altogether.[5] The canon was intended to, and arguably succeeded at, creating unity across ethnic and linguistic frontiers. The canon stabilized and normalized the faith, not only in textual forms, but even as it was mediated through non-literary forms including prayer, liturgy, eucharist, commemorations, sermons, catechesis, apologetic debates, in-house disputes, private libraries, and even pastoral care.[6] The canon fashioned a unity-in-diversity across the varied expressions of Christianity in Latin west, Greek east, Syriac far east, and the Coptic south. It was successful at ruling certain faith expressions in only because it equally ruled some faith expressions out. As James Dunn puts it: “The importance of the canon at this point is no so much the precise lines drawn between a didache or Diognetus or 2 Peter or Revelation, but the recognition and insistence that such a line does need to be drawn, that the process of theologizing includes the theological evaluation of the validity and appropriateness of particular formulations. An identity which does not distinguish from others is no identity; a definition which does not define out as well as define in is no definition. … It is the dynamic within bounds, not entirely free from bounds, which characterises NT theology as it does all Christian theology worthy of its name.”[7] The biblical canon, therefore, should not be disparaged as an arbitrary collection, rather, its rationale and the processes leading to it were part of the church’s attempt to normalize its founding tradition. A NTT with its canon cannot be replaced with a theology of early Christianity, even if the former will resource itself in the latter,[8] because the New Testament canon must be interpreted as part of the church’s historical attempt to preserve its apostolic foundation and the canon has abiding relevance for churches today.[9]

[8] Hence Berger (1994) whose book is titled Theological History of Early Christianity (Theologiegeschichte des Urchristentums) and subtitled Theology of the New Testament (Theologie des Neuen Testaments). Theodore Zahn (1928, 1) endeavoured to marry together a focus on the New Testaments’ presentation of a theology as it was apparent in its “historical development” and “ordered according to the steps of salvation history.” 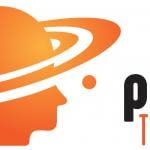 November 5, 2019
Welcome to the Planet Theology Podcast
Next Post 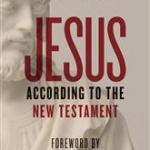 November 10, 2019 Jesus According to the New Testament
Recent Comments
0 | Leave a Comment
Browse Our Archives
Related posts from Euangelion