Is most evangelism pointless and pelagian?

A few months ago, over at the First Things podcast was a discussion between Rusty Reno and Lutheran Pastor Kevin Martin on “Proselytizing, a Pelagian Temptation.”

Martin doesn’t think anything like personal evangelism or market-place evangelism is found in the NT. What is more, the belief that we must convert people for God – because God cannot do it without us – is positively pelagian!

As someone who has done everything from street-preaching, to door-to-door visits, to counseling at altar calls, I can relate a little bit to what Martin is saying. First, it is hard to evangelize people who have received enough bad religion to be virtually inoculated against the gospel message. Second, some of the evangelistic techniques I was told to use in my younger days were corny and creepy, they really annoy people, and put them off Christianity. Sometimes I think we really do make some people “twice a son of hell” by our methods! Third, then there are some of the evangelical methods that don’t actually have any “evangel” in them, its all fire insurance, Jesus-lite, or blessings without discipleship. Don’t get me wrong, I believe in the gospel, mission, public Christianity, and personal evangelism. But some of the evangelism I was taught and have seen still feels like it was designed for a nominally Christian society not for a post-Christian society. Much of it was cheesey, consumerist, and christologically insufficient.

I found Martin’s reading of Acts and Matthew to be grossly unconvincing and his claims about evangelism in the early church to be demonstrably false. What he does with Acts 17 and Matthew 10:5-6 and 28:19-20 really is quite tendentious.

My biggest problem is that Martin claims that the belief that we have to do anything, like evangelism to win people for God, is “pelagian” because it is God’s job to win people for himself. Two things: (1) From this I infer that Martin, a Lutheran pastor, had just discovered a neo-liberal version of hyper-Calvinism. I suggest he reads Ian Murray’s Spurgeon versus Hyper-Calvinism. (2) Of course, the only true form of monogerism is universalism. So all you Calvinists out there proudly claiming to be monergistic in your soteriology, the only true monergism is universalism!

For me, all this raises the question: what is sensitive and effective evangelism in a pluralistic culture where there is a strong anti-Christian animus?

I’d love to know what my evangelist friends like John Dickson (author of The Best Kept Secret of Christian Mission) and Sam Chan (author of Evangelism in a Skeptical World) would say on this point.

December 12, 2019
Baptist and Anglican Discussion on the Doctrine of the Church
Next Post 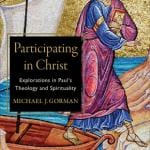 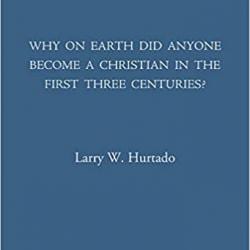