Jewish views about the Kingdom of God

I’m currently back working on the kingdom of God in the OT and second-temple Jewish literature, and I’m proposing this as a short taxonomy of views. No doubt some of these overlapped, but I think the main options are as follows:

(1) Heavenly. Given that Yahweh was king of heaven (Dan 4:34; T.Abr. 7.7) and heaven was his throne (Ps 103:19), it was natural to think of God’s kingdom in heavenly dimensions, even a heavenly counterpart to Jerusalem (Gal 4:26). The Songs of the Sabbath Sacrifice describes angelic worship in heaven where “Your kingdom [is] among the utterly holy” and heaven is a temple realm where “[angelic] leaders of each and every holy kingdom belonging to the holy King, who serve in all the exalted temples of his glorious realm” (4Q400 1 ii 1; 4Q404 23 ii 11). Elsewhere the archangel Michael was said to have the keys to the kingdom of heaven which consists of heaven itself (3 Bar. 11.2). It was also possible to imagine that the conflict between God’s angels and Satan in a heavenly realm mirrored the battle between the Judeans and the Greeks in an earthly realm (Daniel 7, 10-12; Revelation 12). These two realms could intersect in the future so that angelic warriors could be portrayed as joining an Israelite army to “exalt the authority of Michael among the gods and the dominion of Israel among all flesh” (1QM 17.7-8).

(3) Priestly-Cultic. Hopes for a new Jerusalem with a new temple loom large sometimes in tandem with a Messiah as temple builder (see Ezekiel 40-48; Sib. Or. 3.285-90, 772-74; T.Dan. 5.11-13; Mark 14:58; John 2:19; 1 Enoch 91.13). Enoch’s Apocalypse of Weeks specifically links together a glorified realm where “a house and kingdom shall be built” (1 Enoch 93.7). In Hasmonean ideology there was a close connection between God’s salvation and the reinstitution and amalgamation of kingly and priestly offices with the temple’s purification as the first step towards ending the Judean dispersion (2 Macc 2:17-18). The Qumran scrolls, taking their cue from Zech 4:14, envisages an eschatological duumvirate of Davidic (royal) and Aaronic (priestly) Messiahs leading the son of light into God’s kingdom (CD 14.19; 1QS 9.11; 1QSa 2.11-20; 4Q254 iv). Accordingly in the Qumran scrolls the kingdom of God is associated with Israel’s “reign” over the surrounding nations to create a temple state complete with a vindicated remnant, a renewed covenant, peace and prosperity, a purified cultus, and an angelic presence (1QM 12:3-17; 19.8; 1QSb 3.1-7; 4.22-26; 5.20-21). According to Jubilees, a form of re-written scripture, the Sabbath is dedicated as a day for “for the holy kingdom for all Israel (Jub. 50.9). It is through monolatry and sabbath observance that faithful Judeans experience God’s kingly rule and in due time apprehend “a kingdom and a priesthood and a holy people” (Jub. 16.18).

(4) Theophanic. Otherwise God’s kingdom appears abruptly, displacing local or universal pagan kingdoms (Dan 2:44); God “the eternal king” suddenly “descends to visit the earth with goodness” (2 Enoch. 25.3; cf. 1 Enoch 91.7), without any human agents, when God comes from his kingly throne to establish his kingdom by wreaking vengeance on the nations and their idols and then exalting Israel to heavenly heights (T.Mos. 10.1-10). God often arrives in Zion with salvation for the captives and oppressed (Isa 51:1-11; 59:16; Zeph 3:16-18; Sir 36:19; Rom 11:26; 4 Ezra 13.35-36). Some scribes saw Torah as pointing to a theophanic theocracy where God was father of Israel and would suddenly appear as king upon Mount Zion reigning in the sanctuary forever and ever (Jub. 1.28).

(5) Political-Prophetic Liberation. Several Jewish resistance movements, from Judas the Galilean to the Sicarri, emphasized God as their sole ruler and king over Israel and envisaged something along the lines of a new Israelite kingdom free from pagan hegemony (Jos. Ant. 18.4, 23-24; War 7.410). Josephus also refers to several “deceivers” who attempted to produce signs that God’s liberation of the nation was at hand (War 2.258-60), whom we call the Judean sign prophets, such as Theudas (Acts 5:36; Jos. Ant. 20.97-99) and the Egyptian (Acts 21:38; Jos. War 2.261-63).

(6) Messianic. A messianic kingdom is apparent in the Psalms of Solomon, “the Lord himself is our king forever more” and the author places hope in “God our saviour” and the “kingdom of our God” which is to be manifested in the kingly reign of the “Lord Messiah” through whom God overthrows sinners and the nations (Pss. Sol. 17.3, 7, 32, 46). In the Similitudes of 1 Enoch, the Lord of Spirits installs the Son of Man on his throne of glory, a messianic agent with supernatural powers, filled with wisdom and acting in righteousness, who sees the elect are vindicated and exalted, is a light to the Gentiles, he heals the sick, vanquishes evil, judges the wicked, and who deposes the earthly kings of the nations who are forced to do obeisance before him (1 Enoch 46.1-8; 48.1-10; 52.4; 62–63; 69.29).

(9) Spiritual. In later rabbinic writings the socio-political connotations of kingdom are displaced by ethical horizons so that the “kingdom of heaven” could be equated with accepting the yoke of Torah and its profession of God’s oneness (m. Ber. 2.2; b. Ber. 2.2; 13b; Pirkē Aboth 3.7). In the Gospel of Thomas the kingdom could even be reduced to some kind of internalized self-knowledge (Gos. Thom. § 3). 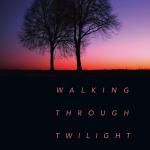