N.T. Wright on the British View of American Religion and Politics

Over at the Atlantic, Emma Green interviews N.T. Wright on The Crisis of American Christianity, Viewed From Great Britain.

Emma Green: Do you worry that the strong association between Christianity and politics in the United States—and specifically the alignment between the religious right, evangelicals, and the Republican Party—will permanently shape the image of Christianity?

N. T. Wright: Part of the problem here is the word evangelical. I know a lot of people who have basically abandoned it since the whole [Donald] Trump phenomenon.

Green: Do you think most Christian leaders, especially in the U.S., operate primarily from a place of fear about being pushed out of the culture?

Wright: That’s a good question. I do not know. There are many places where people are quite upbeat, and where Christian leaders are seeing God doing great things in their communities. And there is fear, because some huge cultural imperatives can’t fit with the Church’s traditional teaching. 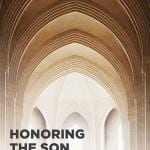 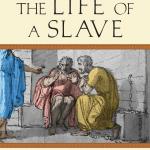