Jesus, the Restoration of Israel, and Early Christian Mission

It is in Luke–Acts that we observe how this story of Jesus as the agent of Israel’s restoration was taken up into the preaching and praxes of the first Christians. The Magnificat and Benedictus touch on the themes of divine strength, Israel’s redemption and rescue from enemies, covenant mercy, forgiveness, a reversal between the poor and rich, fecundity and food, a Davidic deliverer, the establishment of an age of holiness, righteousness, and peace, and patriarchal promises fulfilled (Luke 1:46-55, 67-79). The righteous Simeon was waiting for the “consolation of Israel”  and saw in the infant Jesus the long-promised “salvation” and “a light for revelation to the Gentiles and for glory to your people Israel” as he was “the Lord’s Messiah” (Luke 2:25, 30, 32). Similarly, the prophetess Anna saw in the child Jesus hope for those “looking for the redemption of Jerusalem” (Luke 2:38). These Lucan songs, rooted in the memory and piety of the Palestinian churches, are a clear summary of Jewish hopes as one can imagine.

In the Lucan narrative, Jesus himself enacts this restoration program as specifically laid out in the Nazareth manifesto which in many ways is a miniature summary of the entire plot of Luke–Acts (Luke 4:16-30). The two travelers on the road to Emmaus were lamenting Jesus’s execution, not entirely based on grave injustice and personal loss, but because “we had hoped that he was the one to redeem Israel” (Luke 24:21). The debris of failed expectations were then transformed and intensified by meeting the risen Jesus, so much so that later the disciples could ask the risen Jesus, “Lord, is this the time when you will restore the kingdom to Israel?” (Acts 1:6). The underlying assumption is, of course, that Jesus’s resurrection was not a standalone event, it surely required, in whatever timespan, Israel’s full rescue as the next item on the divine agenda. The Messiah’s resurrection entailed, in whatever form, Israel’s restoration and resurrection. Israel’s restoration could be conceived as a metaphorical resurrection (Hos 6:1-3; Isa 26:16-19; Ezekiel 37) or include a literal one as its climax (Dan 12:1-2; Pss. Sol. 3.11-12). The Lucan Peter’s speech in Solomon’s Portico to the Jerusalemites puts Israel’s restoration at the front and center of who Jesus is and what his exaltation means for them: “Repent therefore, and turn to God so that your sins may be wiped out, so that times of refreshing may come from the presence of the Lord, and that he may send the Messiah appointed for you, that is, Jesus, who must remain in heaven until the time of universal restoration that God announced long ago through his holy prophets” (Acts 3:19-21). Then, at the Jerusalem Council, James cites Amos 9:11-12 (LXX) to justify the inclusion of Gentiles in the church without having to first become proselytes to Judaism, a text which expresses the view that after the restoration of the Davidic kingdom that the Gentiles will be called to be part of God’s own people within or beside a renewed Israel (Acts 15:13-18).

In Luke’s telling – and I suspect that Luke is at least reflecting something of his sources here –Israel’s hopes for redemption, rescue, and restoration had come to fruition, at least embryonically, through Jesus. This was evident chiefly in Jesus’s exaltation, the offer of forgiveness, and the pouring out of the Spirit – all given as proof that the day of “salvation” was here. But such blessings were more than advance notice of the end or a foretaste of good things still to come. The narrative of Jesus as Israel’s kingdom-bringer (Acts 8:12; 28:23, 31) and the good news of Israel’s restoration realized in Jesus’s resurrection and exaltation (Acts 13:32-33) meant that the church now had the task carrying forward the story of Israel, to be Israel-for-the-sake-of-the-world, to be just like Jesus himself “a light for the Gentiles, so that you may bring salvation to the ends of the earth” (Isa 49:6; Acts 13:47; 26:23; cf. Barn. 14.7-8; Justin, Dial. Tryph. 121-22). This is, however, not a uniquely Lucan motif. The notion that Jesus came to “serve” Israel for the sake of making the patriarchal promises a reality was a stable feature in Christian discourse from Paul to Justin (see Gal 3:13-14; Rom 15:7-13; Justin, Dial. Tryph. 134.4). The early church, in other words, consciously saw itself as what Israel’s new exodus looked like when it took root among the Jews and Gentiles in the eastern Mediterranean who believed and behaved in ways that meant that God’s kingdom had come in the person of Jesus.

January 25, 2020
Why On Earth Did Anyone Become a Christian In the First Three Centuries?
Next Post 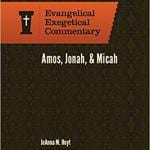