I find it hard to deny that Paul held to some species of supersessionism, not a replacement of Israel, but certainly a redefinition of Israel based on the coming of the Messiah and the inclusion of the Gentiles. Of course, Romans 9-11 is really the key passage one has to wrestle with here.

The tension here is real and Paul intensifies it further. He does that first by ruling out point black a pure replacement view of Israel, attacking the thesis that the “Branches were broken off so that I might be grafted in” (Rom 11:19). Then, second, Paul has no place for a sonderweg where Israel is saved under the auspices of an existing Mosaic scheme. Israel can and will be saved, but with a note of christological conditionality: “if they do not persist in unbelief” (Rom 11:23). The dilemma is not whether Israel is elect, but how Israel’s election and disobedience to the gospel will be resolved and how she relates to believing Jews and Gentiles.

The relationship of Christ-believing Gentiles to non-Christ-believing Jews is not one of superiority. How could it be? The Jews still have “advantages” (περισσός; Rom 3:1) and an enviable list of privileges including a genealogical relationship to the patriarchs and the Messiah (Rom 9:4-5). Importantly, the relationship between them is not competitive, but an interlocking destiny (Rom 11:17-20, 28-31; cf. 1:16; 2:9-10; 15:8-9). Gentile redemption is nourished by its Jewish roots (Rom 11:16-17). The proof of this is that Israel’s misstep over the Messiah occasioned “riches for the world” (Rom 11:12) and brought “reconciliation to the world” (Rom 11:15). Israel’s disbelief and disobedience led to Gentile inclusion (Rom 11:11, 31). Their gospel failure is “for” the benefit of the Gentiles as much as their election is “for” the benefit of bringing the patriarchal promises about many nations worshipping God to fruition (Rom 11:28; cf. 15:7-8). At the same time, the Gentiles’ worship of God will hopefully prompt ethnic Israel to “jealousy” (Rom 11:11, 14), so that ethnic Israel can be grafted back into God’s purposes (Rom 11:23-24). Such a vision justifies the continued mission of proclamation to ethnic Israel (Rom 10:1, 14-15; 11:14), so that she can be “saved” in the present time (Rom 10:13; 11:14), or in an eschatological consummation (Rom 11:26). God’s purposes for ethnic Israel in the end are their “fullness” (πλήρωμα; Rom 11:12), “acceptance” (πρόσλημψις; Rom 11:15), and “forgiveness” (Rom 11:27; Isa 27:9; Jer 31:34). Thus, God’s mercy may appear capricious (Rom 9:15-16, 18, 23) but it proves in the end to be comprehensive, since God’s electing mercy for promissory Israel (Rom 9:6-29) will eschatologically encompass even ethnic Israel (Rom 11:30-32). That is the “mystery” of which he speaks (Rom 11:25). In which case, Israel’s covenantal privileges and even her stumbling are the instrument for Gentile deliverance which makes Israel intrinsic to Gentile salvation. Israel might be disobedient, disparage members of Christ’s body, but she remains indispensable to God’s purposes. Thus, with Bruce Longenecker: “Paul imagined ethnic Israel, whether hardened or enlivened, to play the role of God’s specially chosen instrument in the course of salvation history. And in this Paul sees the intransience of God’s covenant with the Jews.”[1]

February 5, 2020
A Christian Review of Jacques Derrida
Next Post 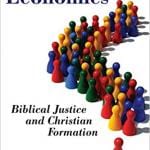 February 11, 2020 Missional Economics
Recent Comments
0 | Leave a Comment
Browse Our Archives
get the latest from
Euangelion
Sign up for our newsletter
POPULAR AT PATHEOS Evangelical
1

An Interview with Keith Getty
Mark D. Roberts
Books by This Author Books by Mike Bird