Haggai and Malachi in NICOT Series

Mignon R. Jacobs is professor of Old Testament studies at Ashland Theological Seminary (Ohio), and was formerly Assistant Professor of Hebrew Bible at Fuller Theological Seminary (Pasadena). Her books include Gender, Power, and Persuasion: The Genesis Narratives and Contemporary Portraits (Baker Academic, 2007), and The Conceptual Coherence of the Book of Micah (LHBOTS, 2009). She co-edited Israelite Prophecy and the Deuteronomistic History: Portrait, Reality, and the Formation of a History (SBL, 2013), and was a contributor to Dictionary for Theological Interpretation of the Bible (ed. Kevin Vanhoozer) and Theological Interpretation of the Old Testament: A Book-by-Book Survey (ed. Kevin Vanhoozer).

Haggai’s name (literally, ‘my feasts’) is similar to Malachi (‘my messenger’), and interestingly, the prophecies of Haggai are all dated to the feasts of new moon or Tabernacles. In her introduction to Haggai, Jacobs considers the prophet’s identity and the date of the prophecies, chronological indicators, sociopolitical context, and conceptual framework. After a discussion of the text, she discusses intertextual indicators, and gives a structural analysis consisting of seven addresses to named figures including Zerubbabel the Governor, Joshua the High Priest, Haggai the Prophet, the remnant of the people, and the people of the land. Jacobs concludes with a summary of the message of Haggai, noting the focus on obedience to God in the rebuilding of the Temple and hope in God. Themes for reflection include misplaced priorities, God’s presence, competing beliefs and experiences, and God’s power.

The commentary on Malachi considers chronological indicators and sociopolitical context, before discussing the text and intertextual indicators. The structural analysis reviews genre proposals, concluding that the book is a disputation. Jacobs concludes that adversative formulae are ‘not decisive’ in the book’s macrostructure. She argues that Malachi is independent of Zechariah, and affirms three major units (1:2–5; 1:6–2:16; 2:17–4:6 [MT 3:24]).

Malachi 2 includes the much used quotation ‘I hate divorce’ (2:16), which is carefully examined in context in this commentary. Hebrew grammatical constructions and collocations are compared with similar phrases elsewhere in the Hebrew Bible, and various options are carefully explored, including the meaning of ‘the wife of your youth’, ‘your companion’, ‘the wife of your covenant’ (2.14), and ‘godly offspring’ (2.15). God’s disapproval of divorce in Haggai is placed in the context of other texts on divorce including Deuteronomy 24:1–4 which permitted divorce, and Ezra 9–10, which requires the putting away of foreign wives. Significant contextual factors in Malachi include a critique of faithlessness of husbands (2:15), and a rejection of violence and treachery to wives (2:16). Because of the textual challenges of this text, Jacobs invites care in application to divorce and intermarriage.

The commentary is accessibly written, with substantial scholarly footnotes which are a valuable resource for students and scholars. The commentary includes tables, maps and figures. It has a comprehensive bibliography, and an index of authors, index of subjects and index of Scripture and other ancient sources. This scholarly treatment will be indispensable for serious students of these texts.

March 24, 2020
The Biblical Scholar Quarantine Work Out Routine
Next Post 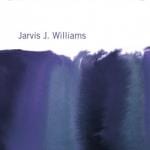 March 26, 2020 Interview with Jarvis Williams on Galatians
Recent Comments
0 | Leave a Comment
"Btw, David Brooks has not converted to Christianity as this book claims!"
Bill Burns Telling a Better Story: How to ..."
"I’m a little put off by an introductory philosophy text that, instead of encouraging students ..."
Powerglide We Are All Philosophers – John ..."
"First off, well done book review. I got a very good sense of what it ..."
J. Inglis Man and Women in Christ
"Name's Tim. Not Time. :)"
Tim Perry The Theology of Pope Benedict XVI
Browse Our Archives
get the latest from
Euangelion
Sign up for our newsletter
POPULAR AT PATHEOS Evangelical
1

Four Tips for Reading the Book...
Crux Sola: Formed by Scripture to Live like Christ
Books by This Author Books by Mike Bird 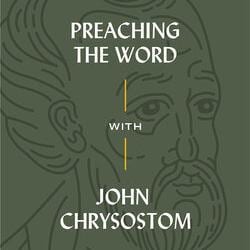 Does the NT teach the subordination of women?...
There is no question that 1 Cor 11:2-16 appears to teach...
view all Evangelical blogs
What Are Your Thoughts?leave a comment
Copyright 2008-2021, Patheos. All rights reserved.