How Ancient Crucifixion Became a Business and Mass Entertainment

There’s a great video over at the Smithsonian channel on Crucifixion Became a Very Popular Roman Spectator Sport.

The newly-discovered Lex Puteolana tablet helps us understand the ritual and economics of crucifixion in the Roman world. But it also reveals how it evolved into a spectator sport.

In 2006, a construction team in Italy stumbled upon an isolated skeleton from a Roman-era burial. Experts believed it was the remains of a man who was crucified. If so, the skeleton would only be the second example found of crucifixion in Roman times. Could this be the key that unlocks one of the Bible’s secrets regarding the death of Jesus? Join us as we use modern technology to examine this rare archaeological find, learn more about this barbaric form of execution, and gain new insights into the most famous crucifixion of them all.

March 21, 2020
Christian Leadership in the Digital Age
Next Post 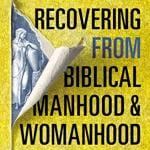 Evangelical
Birds of a Feather - Aimee Byrd and...
Euangelion
TRENDING AT PATHEOS Evangelical