The New Heavens and New Earth

In the preface to A New Heaven and a New Earth, Richard Middleton recapitulates the intellectual underpinnings of his book in his undergraduate days in Jamaica and graduate studies in Toronto. The writings of Francis Schaeffer and George Eldon Ladd strengthened his understanding that ‘the Bible nowhere claims that “heaven” is the final home of the redeemed.’ Since his 20s, Middleton has been offering a monetary reward to anyone who could find ‘even one passage in the New Testament that Christians would live in heaven forever or that heaven was the final home of the righteous.’ The money has never been claimed.

Middleton’s earlier books, co-authored with Brian J. Walsh, were focused on worldview, such as The Transforming Vision ( 1984) , and Truth is Stranger than it Used to Be (1995), but his more recent writing has had a more biblical orientation, such as The Liberating Image: The Imago Dei in Genesis 1 (2005). His holistic understanding of salvation, emphasizing eschatology, was published in 2006 as an article in JCTR, ‘A New Heavens and a New Earth: The Case for a Holistic Reading of the Biblical Story of Redemption’, and that article led to the invitation to expand the article into a full-length book. The current book’s main aim is to outline a biblical theology encompassing both Old and New Testaments that culminates in the redemption of creation. In addition, ethical implications are examined, and a ‘preliminary’ investigation into the history of eschatology considers what happened to the biblical vision of the renewal of the earth.

The book opens with an analysis of the history of eschatology beginning with Plato (Chapter 1), and concludes with an Appendix ‘Whatever Happened to the New Earth’ which ‘function as bookends’ for the main chapters. Chapters 2 and 3 give a biblical theology from creation to the eschaton. Chapters 4–6 examine the Old Testament in the Exodus, God’s desire for shalom, and God’s judgment. Chapters 7–10 consider the New Testament theology of redemption of the cosmos, including a chapter on ‘Cosmic Destruction at Christ’s Return?’ (Chapter 9) and ‘The Role of Heaven in Biblical Eschatology’ (Chapter 10). The final two chapters look at ethical implications, with ‘The Good News at Nazareth’ (Chapter 11) focusing on Jesus’ sermon in Luke 4, and ‘The Challenge of the Kingdom’ (Chapter 12) taking up issues relevant in the time of Jesus and today. The Appendix investigates the impact of Augustine and other Neoplatonists. In his City of God, Augustine rejects millennialist views and asserts ‘the Church even now is the kingdom of Christ, and the Kingdom of Heaven’. Tracing through medieval, early modern and twentieth century views, Middleton notes recent works by scholars including Howard Snyder, Joel Green, Andy Johnson, T. Desmond Alexander, Gregory Beale, and N.T. Wright, and popular teachers such as Tim Keller. He concludes with an invitation to explore ‘how a holistic vision of the future can motivate and ground compassionate yet bold redemptive living in God’s world.’

A New Heaven and a New Earth gives a systematic treatment of biblical eschatology that helpfully introduces ethical reflection, which will be useful to students, teachers and informed readers. 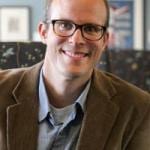 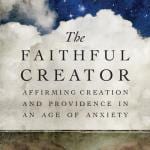 April 19, 2020 Creation and Providence
Recent Comments
0 | Leave a Comment
Browse Our Archives
get the latest from
Euangelion
Sign up for our newsletter
POPULAR AT PATHEOS Evangelical
1

REVELATION: 5 Books Every Pastor Should...
Crux Sola: Formed by Scripture to Live like Christ
Books by This Author Books by Mike Bird