Living Out the Decalogue

David L. Baker has been a deputy warden of Tyndale House, Cambridge, and a lecturer in biblical studies in Indonesia, Australia and the UK. He has published on Old Testament and the relationship between the Testaments. In The Decalogue: Living as the People of God, Baker gives a clearly written introduction to the Decalogue that is founded on substantial scholarship, but accessible to the interested reader.

The introductory chapter explains that our modern English term ‘Ten Commandments’ is actually based on a Hebrew phrase literally translated ‘ten words’. Baker comments that the ten words are ‘much more than a list of commands to obey’, so the Greek term ‘Decalogue’ (which simply means ‘ten words’) is often used by scholars. After a brief survey of historical approaches to the Decalogue, including the numbering, order, ancient Near Eastern parallels, and possible purposes, Baker places each commandment within its context in the Ancient Near East, in Scripture, and in the world today. A final chapter treats the topic, ‘The Decalogue Today’.

Baker divides the commandments into two groups. ‘Loving God’ includes the first five commandments, concluding with honouring father and mother. ‘Loving Neighbour’ includes the five words ‘no homicide’ through ‘no coveting’. He argues that each group occurs in descending order of seriousness. Breaking of any of the first five commandments leads to capital punishment, though dishonouring parents is less serious than worshipping other gods. Murder and adultery are capital offences, stealing and false witness have their own punishments (Exodus 22.1–4; Deuteronomy 19.16–21), and though coveting is an inner offence, it shows that God is concerned with motivations of the heart and not only with outward actions.

The chapter on God’s name begins with a review of the importance of the names of ancient Near Eastern gods among the Babylonians, Egyptians, Hittites and Assyrians. Interestingly, in the Middle Assyrian Palace Decrees, capital punishment can be applied to women as well as to men who use a god’s name inappropriately. In the Old Testament, a shift to the third person (he/his) from the first person (I/my) is typical of ancient texts and is ‘probably simply a stylistic variation.’ Of more interest is the second person address (you) to Israel. Baker explains that this is ‘unique’ in the ancient Near East, and unusual in Old Testament law codes. God speaks directly to the people, he is not providing guidelines to be enacted by priests and scribes. This commandment (Exodus 20.7) can be interpreted as a prohibition against taking false oaths in God’s name, failing to keep a vow made in God’s name, blasphemy, or using the name for magical purposes. Though earlier in Israel’s history, people are invited to take oaths using the name, it is avoided in later tradition. The chapter concludes with a reflection on God’s name today, incorporating insights from Baker’s service in Indonesia, awareness of cultural issues around names, and biblical reflection, and the name of Jesus, to which every knee will bow.

The book includes careful footnoting, a very substantial bibliography (38 pages), author index, subject index, and Scripture index. It would be suitable for students, preachers and congregation members, and a valuable aid for any teacher to introduce the commandments in a classroom. I look forward to recommending this book to students. 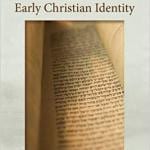 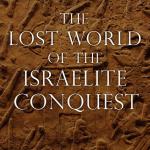 May 4, 2020 Lost World of the Israelite Conquest
Recent Comments
0 | Leave a Comment
Browse Our Archives
get the latest from
Euangelion
Sign up for our newsletter
POPULAR AT PATHEOS Evangelical
1