Now is a good time to point to some forthcoming books by African-American friends of mine about the Bible, culture, and theology.

Growing up in the American South, Esau McCaulley knew firsthand the ongoing struggle between despair and hope that marks the lives of some in the African American context. A key element in the fight for hope, he discovered, has long been the practice of Bible reading and interpretation that comes out of traditional Black churches. This ecclesial tradition is often disregarded or viewed with suspicion by much of the wider church and academy, but it has something vital to say. Reading While Black is a personal and scholarly testament to the power and hope of Black biblical interpretation. At a time in which some within the African American community are questioning the place of the Christian faith in the struggle for justice, New Testament scholar McCaulley argues that reading Scripture from the perspective of Black church tradition is invaluable for connecting with a rich faith history and addressing the urgent issues of our times. He advocates for a model of interpretation that involves an ongoing conversation between the collective Black experience and the Bible, in which the particular questions coming out of Black communities are given pride of place and the Bible is given space to respond by affirming, challenging, and, at times, reshaping Black concerns. McCaulley demonstrates this model with studies on how Scripture speaks to topics often overlooked by white interpreters, such as ethnicity, political protest, policing, and slavery. Ultimately McCaulley calls the church to a dynamic theological engagement with Scripture, in which Christians of diverse backgrounds dialogue with their own social location as well as the cultures of others. Reading While Black moves the conversation forward.

Dennis Edwards, Might from the Margins: The Gospel’s Power to Turn the Tables on Injustice

God has empowered marginalized Christians to transform the church. The power of the gospel is often most visible among those who have been the least respected, including racial or ethnic minorities, people with disabilities, women, and people who have been displaced from their homeland. Yet in many faith communities, these are the same people whose leadership gifts are least likely to be recognized. But the power of the gospel comes from God, not from other humans. This book is a passionate affirmation of the power already present among marginalized Christians and a call to recognize and embrace this power for the sake of helping the church become more like Christ. Marginalized Christians are already changing the face of the church. Will we embrace their power to change the church’s heart? 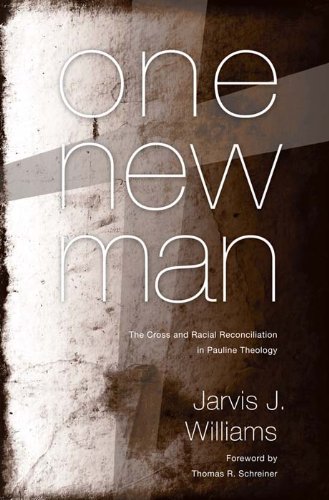 Mention of another friend, Jarvis Williams, and his older book – still relevant – One New Man: The Cross and Racial Reconciliation in Pauline Theology.

In the Bible, Paul argues that sin has broken humanity’s relationship with God as well as his fellow man, and he recognizes Jesus as God’s provision for the universal problem of sin. Therefore, Christ’s death for our sin is God’s only solution to racial hostility and the only provision for racial reconciliation. Today, many Christians still allow cultural prejudices to shape their understanding of race instead of scripture. One New Man endeavors to help Christians understand what the gospel says about race and race relations by focusing on selected Pauline texts. Since many churches have either limited their ministry to those within their respective race or homogeneous unit (people within the same ethnic, social, cultural, linguistic, or class context), author Jarvis Williams aims to liberate individual Christians and churches from their bondage to racist ideologies, from a secular model of race relations, and from their disdain toward different races that arise from both the impact of their respective cultures and from the universal impact of sin.

June 12, 2020 Top Ten Books on the Parables
Recent Comments
0 | Leave a Comment
Browse Our Archives
get the latest from
Euangelion
Sign up for our newsletter
POPULAR AT PATHEOS Evangelical
1