The Aramaic Dead Sea Scrolls expanded the scope of authoritative and parascriptural traditions that reimagine the lives and times of ancestral figures. In several cases, these Aramaic writings include birth notices or narratives. The Genesis Apocryphon and Aramaic Levi Document portray the patriarchs receiving divine revelations regarding the genealogy and destiny of their progeny. Parents in both texts respond with awe yet keep the knowledge to themselves, reflecting on it in their “heart.” This article brings the revelatory tradition and terminology of the Aramaic Dead Sea Scrolls to bear on Mary’s responses to claims of Jesus’ messianic potential (Luke 2:19) and otherworldly paternity (Luke 2:51). The study underscores the importance of the Qumran Aramaic texts for evaluating Lukan special material and points to the relevance of these writings for recovering the Second Temple contexts of the thought, practice, and literature of the early Jesus movement. The focused case study concludes with methodological recommendations for renewed joint research on Qumran and emerging Christianity. The prescribed approach strives to avoid both “parallel-o-mania” and “parallel-o-phobia” by accounting for the complex compositional, conceptual, and cultural dynamics of both collections.

Perrin notes several intersections between some Aramaic fragments of the Qumran scrolls and Luke’s special material, esp. related to the birth narratives. He surveys the representation of Aramaic Wunderkind narratives in a group of Aramaic texts from Qumran. Of these, Genesis Apocryphon and Aramaic Levi document are the most relevant. These both feature idioms of “heart-hiddenness” in response to dream-vision revelations about the otherworldly association and/or destiny of a child. Third, I use this Aramaic matrix to rethink the compositional, conceptual, and cultural context of Mary’s heart-pondering responses in Luke 2:19, 51.

This article is emblematic of the opportunity for both new discoveries and ongoing reflection on method. Our methods will not improve if we do not press ahead with case studies. This is particularly true with the opportunity presented by the Aramaic materials among the Dead Sea Scrolls. The argument above demonstrated that response formulae referencing heart-hiddenness seem to have had a particular currency for revelations that touched on the potential association of a child with an otherworldly parent (for better or worse) and/or the projected future of that person or their progeny. This is not to underplay the importance of the particular application of this concept in the compositional settings of GenAp, ALD, and Luke. It does, however, underscore that culture is the conductor that connects authors and enables the transference of ideas. Intertextuality is insufficient. Influence is generic. Both often lead to quick conclusions that diminish the complexity of accounting for the compositional, conceptual, and cultural dynamics of the Second Temple period that shaped the literature that has come down to us in several collections and canons. As such, future studies at this intersection should focus less on comparison in the traditional sense than on recovering cultural conversations. With this reorientation, we should be less concerned about hunting for parallels between texts than in thinking of the ways in which all of the scribe–author–editors of the Second Temple literature were participants in developing traditions and drew on these in the processes of identity formation and literary imagination. 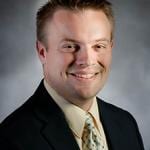 Evangelical
Interview with N.T. Wright about Signposts in the...
Euangelion
TRENDING AT PATHEOS Evangelical