There has and continues to be a discussion about the nature of humans as creaturely and divine in the western canon of great books. I am reminded of the classic work Frankenstein by Mary Shelley with its story about the human creation of a human like creature called the daemon. Motivated as it was by the Darwinian view that humans are higher-order evolutionary products of the animal kingdom—i.e., creatures once again. Yet, prior to the modern period there was this notion that humans were higher than other animals, which continues to have significant staying power as an idea. Just think for a moment of the great stories in Greek thought from Hercules (a hybrid human and divine figure) to Zeus. Aside from Greek mythology, the themes of humans aspiring to something greater than mere creatureliness has and continues to capture the imaginations of people today. Just think for a moment of Beowulf’s great conquests over monsters and demon like figures.

Christianity too enters the fray of this discussion. It too has a place for the themes of human creatureliness and divinity, yet it does so in a way that highlights not humans themselves but the Creator God of those humans centrally figured in the person of Jesus Christ; the Son of God become human. It is important to point out that Christianity has a place for human creatureliness in that it recognizes the absolute distinction between Creator and creature, which is most clearly seen in human frailty and corruption. But, it doesn’t end there. Instead, the destiny of humans is a heavenly existence with the Creator God. Both of these themes are given ample attention in the Christian Scriptures and the Christian tradition in at least three ways.

First, the Christian tradition teaches us that humans are ensouled bodies or embodied souls (see Genesis 2:7; Ecclesiastes 12:7; 2 Corinthians 5:1-10). Such an idea dominated early and medieval theologians like Augustine and Aquinas. All the what we might call ‘catholic’ traditions affirm this notion that humans, in some way, are composed of soul and body. The Roman Catholic Catechism shows this, when it says: “Endowed with ‘a spiritual and immortal’ soul, the human person is ‘the only creature that God has willed for its own sake.’ From his conception, he is destined for eternal beatitude” (1703; https://www.vatican.va/archive/ENG0015/_INDEX.HTM). But this is not simply true of early Christians, these anthropological ideas continue to impress the minds of Reformed Christians. Nearly all the Reformed Confessions agree, explicitly or implicitly, with the Westminster Confession in its declarations of what it means to be human. It states: “After God had made all other creatures, he created man, male and female, with reasonable and immortal souls, endued with knowledge, righteousness, and true holiness, after his own image” (Dennison, Reformed Confessions of the 16th and 17th vol. 4; 2014: 502). What this means is that humans are unique creations of God and share, in some way, in a nature that is like God. Unlike the rest of creation, humans have a unique nature that is destined for survival in the afterlife.

Second, the Christian tradition also teaches us that humans are images of God (see Genesis 1:26-28; Genesis 5:1-3; Genesis 9:6; Psalm 8)—something that is not specifically attributed to any other reature. Reformed theologian, John Calvin, identifies the image of God with the soul or spirit of humanity, when he says: “Our Spirit is the Image of God” (Beveridge H. and J. Bonnett, eds., (1983), Selected Works of John Calvin: Tracts and Letters, reprint. Grand Rapids: Baker. iii, 449). What this means is that humans are uniquely situated in the creation, but they’re representatives of the God of creation as well. They are entrusted with a special vocation in the creation that sets them apart from that creation and, in some sense, discontinuous with it.

Third, the Christian tradition teaches us that humans have a purpose that is unique to their being human and sets them apart for a new calling. Humans are described as those figures in Scripture who have a unique capacity to see and experience the presence of God. What this has been called throughout Christian history is the beatific vision, i.e., the notion that humans will see, perceive, and experience God in a way that now we can only have a small taste of in the reading of Scripture, praying with the saints, or the in the partaking of the Lord’s Supper in the Church.

What we have here is the basic structure of a traditional theological anthropology, which arguably depends on a particular conception of human beings as souled beings who are created with a unique call and destiny. Lewis Ayers describes a traditional anthropology, when he describes humans as ensouled beings in an “anthropological context within which the structure of traditional discussions of grace and sanctification and the restoration of the imago Dei can be articulated” (Ayers ‘The Soul and the Reading of Scripture: A Note on Henri D Lubac’, Scottish Journal of Theology, 61: (2008) 183n22). One of the reasons for this is codified in what Terence Nichols says in commenting on the tradition. Terence Nichols summarizes a traditional argument for why we are ensouled beings, when he comments on the inability of material things to know God: “then even in heaven we could not know God directly, through intuition; for that to happen, we would need a spiritual receptor, a faculty by which we could perceive the spiritual God…Without such a faculty, we can know God only indirectly” (Terence Nichols, Death and Afterlife: A Theological Introduction, Grand Rapids: Brazos. 2010, 123). With Ayers and Nichols, a traditional anthropology affirms that humans are like God, i.e., the structure of traditional anthropology affirms what some theologians have called the ‘similarity thesis’, which says that humans in some significant or substantive way are like God and historically what this meant was that humans are souls essentially or ensouled bodies. And this basic metaphysical belief about humans stood under and made sense of several other anthropological ideas, namely, the belief that humans are, in some measure, intellectually, volitionally, and morally like God. Yet, to an even greater extent, humans are like God in that they are ‘immortal’ beings.

In an Introduction to Theological Anthropology: Humans, Both Creaturely and Divine, Joshua Farris surveys the main issues involved in traditional and contemporary anthropologies by expressly reflecting on humanity in their creaturely and divine contexts. In so doing, Farris is able to unify the data from Scripture, Tradition, Reason, and Experience by advancing a compelling vision of humanity guided by traditional Reformed and evangelical conceptions of what it means to be human. 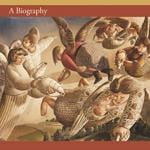 August 6, 2020 Exciting New Novels set in the New Testament World
Recent Comments
0 | Leave a Comment
Browse Our Archives
get the latest from
Euangelion
Sign up for our newsletter
POPULAR AT PATHEOS Evangelical
1