I’ve recent recently noticed how Philo depicts Israel’s God as having two powers within himself, his creative and vitalizing power called “God” and his sovereign and regal power called “Lord.”

The Father of the universe, who in the sacred scriptures is called by his proper name, I am that I am; and the beings on each side are those most ancient powers which are always close to the living God, one of which is called his creative power, and the other his royal power. And the creative power is God, for it is by this that he made and arranged the universe; and the royal power is the Lord, for it is fitting that the Creator should lord it over and govern the creature. (ABR 1:121 )

I should say, that what is here represented under a figure are the two most ancient and supreme powers of the divine God, namely, his creative and his kingly power; and his creative power is called God; according to which he arranged, and created, and adorned this universe, and his kingly power is called Lord, by which he rules over the beings whom he has created, and governs them with justice and firmness; 100 for he, being the only true living God, is also really the Creator of the world; since he brought things which had no existence into being; and he is also a king by nature, because no one can rule over beings that have been created more justly than he who created them. (Mos 2:99-100)

This arguably reminds a bit of what Paul does in 1 Cor 8:6 when he splits Deut 6:4 around God the Father and the Lord Jesus Christ: 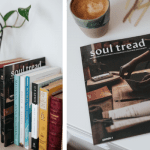 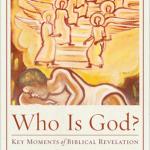 September 15, 2020 Interview with Richard Bauckham on Who is God?
Recent Comments
0 | Leave a Comment
Browse Our Archives
get the latest updates from
Euangelion
and the Patheos
Evangelical
Channel
POPULAR AT PATHEOS Evangelical
1

That's Not How Any Of This...
Preventing Grace
Books by This Author Books by Mike Bird