News reports indicate that a Chinese ethics textbook has changed the story of the women caught in adultery so that Jesus stoned the woman to death and himself is named a “sinner.”

According to the Epoch Times:

The textbook in question is entitled “Professional Ethics and the Law” and is used in vocational training schools across China. … The textbook instead subverts the ending [of the story of the women caught in adultery] to read: “When everyone left, Jesus stoned the woman to death himself, saying, ‘I am also a sinner. But if the law could only be enforced by men without blemish, the law would be dead.’”

There you have it, the Chinese community party is inventing a new agraphon (sayings of Jesus not written in the Gospels).

This is part of a wider trend of religious suppression by the Chinese Communist Party:

The CCP has presided over a tightening crackdown on underground Christians and other religious groups, demolishing churches and detaining church members and leaders. In September 2019, Chinese officials forced a Catholic church in the eastern province of Jiangxi to replace a picture of the Virgin Mary and her child with that of Chinese leader Xi Jinping, according to Bitter Winter, an online magazine reporting on religious freedom issues in China. The officials also ordered the church to display the national flag at the entrance and to replace its church name with a banner that read “Follow the Party, thank the Party, and obey the Party.” 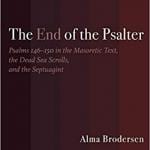 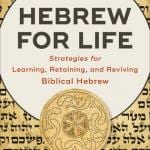 The Fundamentalist War on Wokeness is...
Euangelion
Books by This Author Books by Mike Bird