The Fundamentalist War on Wokeness is a War on Christian Love (Updated) October 13, 2020 Michael F. Bird

My daughter recently came to me late one night, rather upset, and she showed me a video that her Bible study had been watching, and it was rather staggering. In the video, a certain Jeff Durbin – who I’ve never heard of, but looks like he’s trying to do a 2005 Mark Driscoll impersonation – said:

In addition, Owen Strachan, who I have cordially met, has delivered a series of talks decrying wokeness and its influence on the evangelical churches. This has met with much commentary.

[UPDATE: (1) I should have pointed out that if you watch Strachan’s lectures, he does offer some caveats about what Wokeness is and is not, and he’s clear that it is not opposing racism per se. I mentioned Strachan’s lectures more as an FYI as one of the other conversations going on at the moment about Wokeness. I was not trying to insinuate that he and Durbin are of one mind of this subject. I should have distinguished that those are two different seminar rooms. I do remain concerned that CRT-phobia is being used to attack POC in certain conservative theological environments – let the reader understand – if they try to undertake conversations about race and justice. Others have raised concerns about his call for an anti-woke purge in the SBC. (2) I should have added that Durbin’s descriptive reference to female promiscuity as a symbol for compromise is misogynistic in its expression and unedifying in its content. Yes, adultery is a biblical symbol for betrayal and disobedience, but it is not exclusively attributed to women].

Okay, let me try to be that rare voice of reason in this asylum of politics and religion.

I know wokeness, believe me, I live in Melbourne, comically known as Melbingrad, one of the wokest cities in the world, where the Government is so progressive it makes California look like Alabama. The State govt. even created a second COVID wave by hiring security guards to operate quarantine facilities, who were trained in diversity awareness but not in infection control (which is why I’ve spent the last three months living under quasi martial-law).

I have written for political mags critiquing the progressive authoritarianism that demonizes the working class for voting for BREXIT and Trump. I’m an eager consumer of news outlets like Quillette, Heterodox Academy, SpikedOnline, and follow authors like Douglas Murray, who are dedicated to standing up to the bohemian bourgeois on subjects like freedom of speech and women’s rights. I also know very well that the progressive identity hierarchy divides everyone into either the oppressor or the oppressed, it imputes to ethnicities certain immutable moral characteristics, and (worst of all) it viciously attacks minorities if they do not obediently perform their roles in the identity hierarchy. For case in point, Vicky Osterweil’s book In Defense of Looting, makes the morally monstrous claim that looting Korean businesses is okay, because Koreans, like Jews, are the faces of capital. So you might expect me to be sympathetic to the anti-woke rhetoric of Durbin and Strachan, but I’m not, so let me explain why.

The whole anti-woke and anti-critical race theory trope strike me as not so much interested in opposing progressive authoritarianism and its divisive racial politics, as much as it serves to deny ethnic minorities have any grievances and white churches have any responsibility to do anything about it.

In my mind, acknowledging the reality of racism, discrimination, and injustice – whether historical, cultural, institutional – and determining to change it, does not require adherence to a Marxist narrative, or becoming Woke. Rather, it is the outworking of the liberal political tradition rooted in a Christian worldview where everyone should have the same rights, freedoms, and opportunities. Where, to quote George Washington quoting Scripture, “Everyone will sit under their own fig tree and no-one will make them afraid.”

Churches and Christian leaders who are concerned with racism, police brutality, affordable healthcare, protecting refugees, acting on poverty, ending sex trafficking, urging sustainable environmental policy, ensuring LGBTI people have the right to work, as well as defending the unborn, promoting end-of-life care as an alternative to euthanasia, safeguarding religious freedom, opposing the gambling and pornographic industries, they are not whoring or compromised. They are simply doing what Christians have been doing for 2000 years which is loving their neighbour, remembering the poor, being the Good Samaritan, imitating Jesus, hating evil, loving good, and establishing justice in the gate of the city.

If you want to talk about evangelical whoring, it applies just as easily to churches who have tethered themselves to white supremacy, who have fattened their hearts in the days of slaughter, who messianize politicians and Caearize Jesus, who crave war like a baby craves its mother’s milk, who engage in a form of civil religion that combines the worst of racial prejudices with myths of national infallibility. That evangelical is the false prophet who leads others to bow down and worship the beast with feet made of Darwinian economics, legs comprised of corporations and colonies, a stomach of moral indifference to the suffering of others, arms made of confederacy and misogyny, and a head made of the military-industrial complex.

So don’t buy into the lie that acknowledging a history of racial injustice and prioritizing the pursuit of racial justice is wokeness. Don’t buy into the lie that all social justice is driven by Marxist ideology. It is not! It is what the prophets commanded, what Jesus expects of his followers, what the church has accepted as normal, and what constitutional democracies with a Christian heritage should aspire to, not in spite of, but precisely because of their Christian heritage.

Let me be clear, love of neighbour requires you to be concerned for the just treatment of your neighbour, whether they are Black, Hispanic, First Peoples, LGBT, migrant, Muslim, working-class, or even Baptist. Any derogation of a Christian’s duty to be concerned about the welfare and just-treatment of their neighbour is an attack on the biblical love command itself. 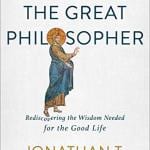 October 12, 2020
Interview with Jonathan Pennington about Jesus the Philosopher
Next Post 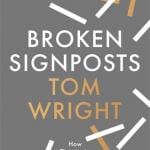