The Deification of the Roman Emperor

The Deification of the Roman Emperor December 13, 2020 Michael F. Bird

In the Greco-Roman world, deity was relative to a relationship and plottable along a spectrum.  Ascriptions of divinity were not primarily about one’s nature or being, but about honor, status, power, and benefaction. The chasm between the divine and human was traversable for those who achieved great things. The deified are not “divine” in the same sense as Jupiter or Dios, but they are elevated into divine honors with respect to their accomplishments and deliverance as an act of gratitude. As a second-century papyrus asks: “What is a god? Exercising power. What is a king? One who is equal to God” (Pap. Heid. 1716.5). If power is divinity, then gratitude must be worship. The act of saving a province from barbarian invasion, tyrannical rule, famine, civil war, or such, could meet with a response of divine worship from a city with the building of temples, altars, and offering sacrifices. Offering worship implied an obligation of benefaction incumbent upon a ruler in the form of tax-relief, the promise of security, the hosting of games, and the like. Benefaction resulted in worship, and continuous benefaction resulted in continuous worship. John White sums it up well: “Good rulers were divinized for the same reason that gods were worshiped: they were acknowledged as saviors of the social order.”

We see clear examples of this in first-century literature. Vergil wrote that the Augustus was “a god who wrought for us this peace—for a god he shall ever be to me; often shall a tender lamb from our folds stain his altar” (Ecl. 1.6-8). In a similar vein, Horace said of Augustus: “Thunder in heaven confirms our faith—Jove rules there; but here on earth Augustus shall be hailed as god also, when he makes new subjects of the Britons and the dour Parthians” (Carm. 3.5). Augustus is a great god because he does great things for the people. For a good example of this sliding scale of divinity, a first-century BCE inscription from Mytilene honors the emperor Augustus with divine honors and offers to deify him further if any reasons can be found: “We reckon on his magnanimity to see that those who have attained celestial glory, and divine superiority and might, can never stand on the same level with what is humbler by both fortune and nature. However, if something more honoring should be discovered in the time to come, the city’s willingness and piety will omit nothing that could contribute more effectively to his deification” (OGIS 456). The city offers to level up Augustus’ divinity if reason should merit further deification. Some did indeed level up Augustus’ divine honor, declaring it to be equal to that of the Olympian gods. In one inscription, Augustus is “son of God who “has by his benefaction to all people outdone even the Olympian Gods” (I. Olympia 53) and Philo observed “the whole inhabited world granted honors to him [Augustus] equal to that of the Olympian gods” (Gai. 149). Julius Caesar, who had already been honored with temples, statues, and altars during his life, was deified by Augustus and given “all divine and human honors” (Suetonius, Jul. 76.1-3; 84.2; Dio Cassius, Hist. rom. 51.20.6). This of course made Augustus “Imperator Caesar, son of the god Julius” (Autokratōr Kaisar Theou Iouliou huios) as inscriptions and papyri often designate him. It is repeated that Augustus forbade worship of himself as a god in Italy, and only begrudgingly accepted it in provinces such as Asia and Spain. (Dio Cassius, Hist. rom. 51.20.7-8). However, Tacitus states the exact opposite, that “No honor was left for the gods when Augustus allowed himself to be worshipped with temples and statues of deities and flamens and priests” (Tacitus, Ann. 1.10.6). One vignette illustrates that Augustus took his divine honors with a modicum of seriousness. The people of Tarraco in Spain built an altar to Augustus and a delegation later told Augustus that a palm tree had miraculously sprung out of it, to which Augustus sarcastically quipped that they obviously didn’t light any fires on it very often (Quintilian 6.3.77)!

FYI, The @RomePodcast has a great episode with @DrRhiannonEvans about the “deification” of Roman emperors. 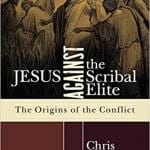 December 13, 2020 The Nazareth Manifesto as the Gospel
Recent Comments
0 | Leave a Comment
Browse Our Archives
get the latest updates from
Euangelion
and the Patheos
Evangelical
Channel
POPULAR AT PATHEOS Evangelical
1

Answering a Question about the Trinity:...
Roger E. Olson
Books by This Author Books by Mike Bird