We have recently seen the American capitol stormed by people spurned on by President Trump with the belief that the 2020 presidential election was either rigged or stolen from them, which in turn justifies them marching on the capitol building with all of their vitriol and violence. The rioters were filled with QAnon logos and Christian signage as if Christianity and conspiracy theories go together. Many of us were appalled at the violence, at the attack on a democratic institution, and the interjection of Christian faith in the middle of it. It was a horrible mix of civil religion and white nationalism. But before we look down on our American friends across the pond, we must ask whether we, as Australians and as Christians, might end up being similarly duped one day.

You have to remember that conspiracy theories are how one group of elites without power attacks another group of elites with power by tricking the masses into thinking that they’ve been ripped off or lied to. Conspiracy theories are a great way to mass a following by repeating the story that you’ve uncovered the secret that our enemies have been hiding, and it means that everyone has been tricked and is destined to be powerless unless they act now.

In this vein, Trump has been stirring up his base by saying that they are victims of a conspiracy to steal the presidency. But remember that US Democrats have been peddling their own conspiracies about Trump for the last four years. They argued that Trump was illegitimately elected and that Russian interference and collaboration with Trump’s people are the reason why Hillary Clinton lost the 2016 election. Yes, Russian twitter bots did push pro-Trump ideas, but Russia’s objective was not to support Trump as much as it was to create chaos – Trump was just a means to that end. The reason why Clinton lost had nothing to do with Russia and everything to do with the tarnished Clinton brand, her demonizing of the white working-class, her continuation of policies that would see manufacturing jobs sent overseas, and her refusal to safeguard America’s porous borders.

First, if Twitter is anything to go by, that Hillsong Church in Sydney is responsible for the spread of COVID which the Govt. covered up; and Hillsong is secretly taking over the Australian government with over half of the Cabinet allegedly being members of Hillsong Church (FYI, neither are true). Second, a line from the Murdoch press is that billions of dollars from the Vatican were transferred to Australia, partly to assist with funding the case against Cardinal George Pell (again, not true, the financial regulator admits it made a huge mistake in how much money was transferred). Beyond those two conspiracies, I am sure we could easily find other theories related to COVID and vaccinations.

How does one avoid getting suckered by conspiracy theories? I have a few suggestions!

First, watch out for confirmation bias. If someone is telling you something bad that you like hearing, ask yourself why you like it. Does it confirm your view that a certain person or a certain group is wicked by exaggerating the nature of their infraction. Beware of bad news about people you already think are bad. That’s not just bait, it’s ideological crack and cocaine from demagogues peddling conspiracy theories and trying to attract followers.

Second, get out of your echo chamber. Whether it is your circle of friends, social media bubble, or preferred news sites, make sure you have a diverse diet of news coverage and commentary. You may not like BBC America, Fox, MSNBC, Al Jazeera, CNN, WSJ, NY Times, NY Post, but if you want to be genuinely informed rather than just have your presuppositions confirmed, then you need to have a diverse diet of sources for forming an opinion.

Third, practice discernment. Don’t believe fantastic stories without evidence. Ask about sources, evidence, exageration, and reliability. Think about another possibility or consider a wider perspective. Paul put it well, “Test all things and hold onto that which is good” (1 Thess 5:21).

Fourth, over pick truth over tribe. Irrespective of where you sit on the political or religious spectrum, truth is not what is good for my tribe, beneficial for our agendas, and promotes our cause. Truth is what is true. Those who buy into conspiracy theories have allowed themselves, consciously or not, to become tools of untruth. As Christians we should never fear the truth because all truth is God’s truth. As Jesus taught, “You will know the truth and the truth will set you free” (John 8:32).

So, to be inoculated against conspiracy theories, whether from the loopy left or rancorous right, remember your biases, get out of your news bubble, practice discernment, and obey the truth. Or, as Aleksandr Solzhenitsyn famously said, “Live not by lies!” 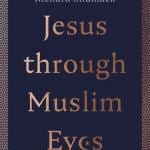 January 13, 2021
Talking About Jesus Through Muslim Eyes with Richard Schumack
Next Post

January 19, 2021 Birds of Feather - Episode 3
Recent Comments
0 | Leave a Comment
"Let us face facts: Communion, whether the spirit of Jesus is there or not, is ..."
Kyllein MacKellerann What Happens in the Lord’s Supper ..."
"Off topic question: In what type of body did Moses and Elijah appear to the ..."
Gary M Rom 3:21-26 – Translates, Paraphrase, Notes
"Very good and helpful article, succinctly sums up the core ideas of biblicism. Contrary to ..."
Alin Christoph Cucu What is Biblicism?
"I am sorry, but a theologian with Dr. Richter's reputation, training, and influence should not ..."
Chris Arch Sandra Richter Responds to John Piper
Browse Our Archives
get the latest updates from
Euangelion
and the Patheos
Evangelical
Channel
POPULAR AT PATHEOS Evangelical
1

Evangelicalism: Where have all the young...
Determinetruth
Books by This Author Books by Mike Bird