How Philo Paved the Way for Gnosticism

The definitions, origins, and features of Gnosticism are deeply contested.

In one sense, however, it is clearly rooted in Platonic philosophy, especially in Plato’s separation of God from the demiurge, with the demiurge creating the world in co-operation with the young gods and leaving the maintenance of the world to the world-soul. The thing is that Plato’s demiurge is good, not wicked or ignorant as per Gnostic schemes.

Yet, we see features in Philo that do, perhaps, pave the way for Gnostic cosmology, theology, and demiurgism in his account of the Logos. To the point that some call Philo the “Cro-Magnon Man of Gnosticism” by his linking together biblical exegesis with platonic demiurgism.

First, Philo is the most obvious proponent of a platonized Judaism in first-century Judaism. Philo depicts God as the supreme demiurge (Opif. 10; Her. 133-43, 156; Cher. 126-27), who demiurges through the Logos (Sacr. 8), while incorporeal powers called Forms help things take shape much like Plato’s young gods (Spec. Leg. 1.329). Philo is reworking biblical traditions in light of platonic cosmology as the Gnostics did later. Second, it is interesting that Philo posits dual powers within the Logos (“God” and “Lord”) and various inferior powers begotten by the Logos (QE 2.62, 68; Fuga 95, 103; Mos. 2.99-100) which mirrors the dyads and generation of aeons within the Gnostic pleroma. Third, Philo begins to distance God from the creation of humanity because of the corruption of humanity, we see that when Philo says that although God made heaven, nonetheless, he needed the assistance of inferior subordinates to create something as inferior as humans (Opif. 72-76; Fug. 70; Conf. 175; Abr. 143; Legat. 6) even while their creative work was never entirely independent of divine direction (Spec. Leg. 1.13-20). Fourth, on the “knowledge” side of things, Philo’s Logos resembles a Gnostic demiurge when he declares that the Logos “is called a god by those of us with imperfect knowledge, while the wise and perfect know the first God” (Leg. All 3.207). Fourth, Philo anticipates the Sophia mother by his emphasis on God as the Father of the universe and Wisdom as its Mother (Leg. All. 2.49; Pot. 54, 115-17; Ebr. 31, 61; Her. 53; Fug. 109; Mut. 137), specifically, the mother of the Logos (Fug. 108-9).

So C.K. Barrett   (Gospel According to St. John, 155) was partly right when he said that Philo “must be reckoned among the witness to an early form of gnosis, which developed into gnosticism as primitive Christianity was added to the syncretism of Hellenism with Judaism and other oriental movements.” 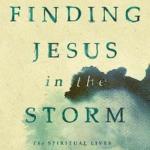 January 27, 2021 John Swinton on Spirituality and Mental Challenges
Recent Comments
0 | Leave a Comment
"This is an important rebalancing of the view of women in theology. For too long ..."
Falconlights The Gospel according to Eve
"Hello Michael,Some have issues with others who do not live America and attempt to diagnose ..."
Jeff Tyler Jesus and Violent Nationalism
"Michael: Your suggestion that ministry boards should have a gender balance, in order to prevent ..."
Clarke Morledge Responding to the Ravi Zacharias Sexual ..."
"How "God's" kingdom came to the America's, all of Asian, Africa, New Zealand, Australia etc ..."
Jonathan Barker Jesus and Violent Nationalism
Browse Our Archives
get the latest from
Euangelion
Sign up for our newsletter
POPULAR AT PATHEOS Evangelical
1

What to Do About the Backlash...
Cranach
Books by This Author Books by Mike Bird