Mike Bird’s Lecture on Jesus among the gods

I had the pleasure of delivering Ridley College’s 2020 Leon Morris Lecture on the topic of Jesus among the gods: Early Christology and the Ancient Theologies of Divinity.

The early church was unanimous that Jesus was “divine.” The question was and remains, in what sense? Many scholars argue that Jesus was considered divine in the sense envisaged by ancient ruler cults, Greek mythology, angelic beings, or something similar. In contrast, this lecture proposes that the ancient world had various categories for divinity, including that of an intrinsic divine nature, and the early church construed Jesus as divine based on his shared being with God. The sense in which Jesus is divine for the early church is explored in relation to Greco-Roman philosophy, Jewish monotheism, and a survey of several Christian sources. 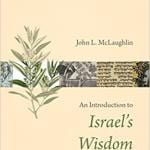 January 10, 2021 Introduction to Israel's Wisdom Traditions
Recent Comments
0 | Leave a Comment
"Michael: Your suggestion that ministry boards should have a gender balance, in order to prevent ..."
Clarke Morledge Responding to the Ravi Zacharias Sexual ..."
"How "God's" kingdom came to the America's, all of Asian, Africa, New Zealand, Australia etc ..."
Jonathan Barker Jesus and Violent Nationalism
"While all true, it’s all beside the point. I don’t endorse the kerfuffle at the ..."
Roger McKinney Jesus and Violent Nationalism
"Mike, thanks for the interaction. By way of response:(1) Interesting!(2) Need to chew on that. ..."
Gavin Ortlund Ignatius, Bishops, and Baptists
Browse Our Archives
get the latest from
Euangelion
Sign up for our newsletter
POPULAR AT PATHEOS Evangelical
1

Why Evangelicals Are So Disliked, Part...
Cranach
Books by This Author Books by Mike Bird

All y'all were chosen and predestined!
No one can come to me unless the Father who sent me...
view all Evangelical blogs
What Are Your Thoughts?leave a comment
Copyright 2008-2020, Patheos. All rights reserved.