Is Inerrancy a Fundamentalist Doctrine?

Recently TGC republished a good article by John Woodbridge on Did Fundamentalists Invent Inerrancy? (republished from the Don Carson festschrift which is full of many fine essays).

Woodbridge argues that belief in inerrancy is a historical doctrine and not an innovative one. I think Woodbridge is correct in at least two regards. First, that a robust belief in Scripture’s veracity has always been a large part of historical and orthodox Christianity. Second, evangelicals do not make themselves fundamentalists by subscribing to inerrancy or something like it. Here I would recommend reading Dei Verbum and the Lausanne Covenant, article 2 which shows that Catholics and global Evangelicals both affirm Scripture’s truthfulness, even if they don’t use the word “inerrancy,” an analagous concept is generally affirmed!

Woodbridge also makes a very good point about the dangers of innovation on the doctrine of Scripture:

Identifying and adhering to central church doctrines and confessions is a very important thing for us even if we uphold Scripture as our ultimate, final authority. The enterprise can provide us with a better understanding of our own evangelical theological self-identity. Do our beliefs about scriptural authority, for example, reside within identifiable central teachings of the historic Christian church? If they don’t, we may have become doctrinal innovators regarding our views of Scripture despite our intentions to uphold orthodox Christian teaching.

Yet, I would suggest that the manifold inerrancies that find currencies in America (there are a variety of definitions) are both a retrieval of tradition but in some cases a distinctive American innovation of the doctrine of biblical veracity.

So, yes, you could argue that Augustine and Calvin would be very close to Princeton theologian B.B. Warfield on the doctrine of the inerrancy Scripture. But I want you to know four things: (1) While Augustine believed in inerrancy, he was not the only theologian of Scripture in town. Origen believed in inerrancy at the spiritual level, Chrysostom believed in inerrancy at the doctrine level, and Augustine believed in inerrancy at the literal level. Augustine certainly carried the day in terms of influence, yet there were minority reports along the way which were just as historical and just as Christian as Augustine’s. (2) Augustine’s views on inerrancy are bound up with his neo-Platonic philosophy, his theory of semiotics, views of scriptural inspiration (i.e., God re-inspired the LXX), and his penchant for allegory – traits which few modern evangelicals would share. (3) Calvin I think would be on the same page as Warfield and Packer concerning inerrancy. But remember, Calvin should not be thought of as a proto-Princetonian as much as a medieval theologian who leverages Scripture over and against the Catholic magisterium. (4) Calvin’s way of handling discrepancies among the Gospels, i.e., sometimes the evangelists were not exact, would run foul of certain definitions of inerrancy.

Insofar as that inerrancy reflects wider tradition, then it is historical, orthodox, and wholesome. Thus, the Chicago Statement on Biblical Inerrancy (CSBI) is, generally I think, a commendable and nuanced discussion of the subject as one can find, which most orthodox Protestants, Catholics, and Orthodox Christians could agree on in spirit even if they’d parse some details differently, add a few footnotes, or balk at one or two phrases.

First, historical contingency, we cannot think of inerrancy apart from the rise of Modernity. The rise of Modernity included the critique of supernatural religion, rationalistic philosophy with “religion within the limits of reason,” the rise of biblical criticism, liberal retreats to religious feelings, foundationalist and post-foundationalist epistemology, science vs. religion, the advent of secularism, modern individualism, etc. It would be naive to think that contemporary statements of inerrancy have merely rehearsed Augustine or Calvin without responding to the rise of Modernity. Inerrancy was, in many ways, an attempt to meet the challenges of Modernity by using the epistemological tools of Modernity! Thus, contemporary statements of inerrancy are inescapably innovative as they are responding to historical issues and cultural atmospherics that Augustine and Calvin did not have to face. Thus, the increasing Protestant focus on inerrancy was the attempt to fortify orthodoxy around a specific doctrine of Scripture in the face of Modernist criticisms of Christianity as a religion of revelation. A decision which, to my mind, had pros and cons. For evidence of the debate over the wisdom of such a move, James Orr was a Scottish Theologian who contributed to The Fundamentals, but he thought B.B. Warfield’s account of inerrancy was suicidal as it put all the eggs in the basket of “no errors in Scripture.” In contrast, Karl Barth’s project was to largely abandon the doctrine of Scripture to modernist critics and to fortify Protestant orthodoxy around Christology instead. Warfield and Barth had different strategies for countering Modernity. In other words, the shadow of Modernity looms over definitions of inerrancy.

Second, inerrancy has become less of a doctrine and more of a hermeneutic. One can see this when people argue that inerrancy entails/demands a belief in a literal Adam, a literal seven-day creation, male-only ordination, or some other doctrine. It is no surprise that the Chicago Statement on Biblical Inerrancy was followed by the Chicago Statement on Biblical Hermeneutics. The quest was not for an authoritative Scripture as much as for an authoritative way of reading Scripture. In other words, American accounts of inerrancy distinctively and deliberately blur the divide between the authority of the text and the authority of interpretation. A good segue into my next point.

Third, the sociology of inerrancy in American evangelicalism is quite frankly weird as it can be frightening.

Specification. American evangelicals often demand a degree of specification on inerrancy that is quite baffling unless you know something of 20th century American religious history. The Protestant confessions with their reference in Scripture as “sufficient” and “infallible” are considered inadequate if not passe on the topic of biblical authority because they are too broad.  Instead, American evangelicals sometimes feel the need to compose 95 theses on inerrancy. But why? Well, this degree of specification derives from the intra-American religious divides of the 20th century rather than a reflection of the wider tradition and global consensus. It is about defining an in-group against an out-group. It is about marking out the PCA from the PCUSA, the SBC from the CBF, or Wheaton College from Fuller Seminary, rather than, say, this is what Augustine, Aquinas, and Luther believed. The specifics are required to differentiate one Christian group from another Christian group who are mostly similar to them. Specification on inerrancy is about marking out Christian Baptist Brothers with their 12 point statement on inerrancy from the Baptist Christian Brothers with their 3 point statement about infallibility.

Primacy. In the American evangelical world, inerrancy is the one theological ring to rule them all. The American Evangelical Theological Society has a statement of faith that includes inerrancy (as defined by CSBI) and a statement about the Trinity (which was only added later). But consider this: YOU DON’T HAVE TO BELIEVE IN THE APOSTLES’ CREED OR EVEN THE EVANGEL TO BE A MEMBER OF THE EVANGELICAL THEOLOGICAL SOCIETY. I used capslock so you can picture me yelling. As long as you believe in inerrancy, you could be a works-righteousness, open theist, Landmarker, Free Mason, from the Holy Church of QAnon and still become ETS President. Inerrancy is THE primary doctrine, and everything else is secondary to it. Read my lips: THIS IS NOT THE VIEW OF HISTORIC OR GLOBAL CHRISTIANITY.

Power. I remember the attempts to destroy the careers and reputations of Christian scholars like Robert Gundry, J. Ramsay Michaels, Peter Enns, Andrew McGowan, Michael Licona, and Doug Green for what were more often than not interpretive matters rather than whole scale rejections of biblical authority. Seriously, the reasons for canceling Licona and “retiring” Green out of his seminary are a testimony to levels of theological tribalism and ecclesial power politics that are highly disconcerting. Note this, when some people acclaim the inerrancy of the text, they mean the inerrancy of their interpretation and the hegemony of their tribe in a particular religious landscape.

So, inerrancy, or something like it, is historical, it is innately and veritably Christian, it is good for an orthodox and apostolic church, no dispute on that point. But inerrancy is also a response to Modernity and Americans do some crazy and weird things with inerrancy.

On this issue, I’ll always side with John Stott:

The hallmark of authentic evangelicalism is not subscription but submission. That is, it is not whether we subscribe to an impeccable formula about the Bible, but whether we live in practical submission to what the Bible teaches, including an advance resolve to submit to whatever it may later be shown to teach.

For those interested, I canvass these issues further in my Evangelical Theology, Five Views of Biblical Inerrancy, and 7 Things About the Bible I Wish All Christians Knew. 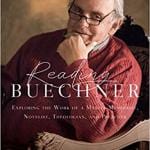 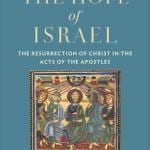