Before I Went to Seminary I Thought That …

Before I went to seminary I thought that …

An Arminian was a person from an eastern European country.

Assumption is something one presumed about something.

Logos was something that companies had.

Constantine was the name of my Green Grocer.

Impeccable was supposed to be your credit rating.

Primate referred to monkeys and gorillas.

Simplicity was something that was easy.

A Calvinist was someone who either liked a particular brand of jeans or else a fan of a comic book character.

Federal referred to the government.

Anselm was a brand of condoms.

Satisfaction is what you experienced with your favourite drink.

Q was a character in Star Trek

Luther was a TV series.

JEPD was probably a legal firm

Forensic had something to do with crime scene investigation

Election was something we did every four years.

Economy was about handling money in the country.

Syncretism was a sugar substitute.

Consummation only happened on a honeymoon.

Pericope was something on a submarine.

Passion was what you had for your football team.

Hypostasis was the state of being frozen.

Trinity was Keanu Reeve’s girlfriend in the Matrix. 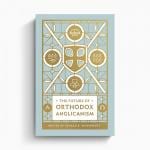 April 14, 2021 A Theology for the Twenty-First Century
Recent Comments
0 | Leave a Comment
Browse Our Archives
get the latest from
Euangelion
Sign up for our newsletter
POPULAR AT PATHEOS Evangelical
1