Interview with N.T. Wright about his new Galatians commentary

Interview with N.T. Wright about his new Galatians commentary May 25, 2021 Michael F. Bird

N.T. Wright has just published his Galatians commentary in Eerdman’s new Commentaries for Christian Formation series (Grand Rapids, MI: Eerdmans, 2021). Here’s some questions I asked him about what is in it.

MFB: You say that the purpose of Galatians is not so much to argue about how to be saved – legitimate as that question is in its place – but more properly, “who should be ‘reckoned’ as part of the single family of God.” What is the most compelling reason for understanding Galatians that way?

NTW: The main answer is that ‘salvation’ is never discussed in the letter but ‘the single family and how you know you’re part of it’ is discussed, indeed insisted upon, in passage after passage. Sin is barely mentioned but the question of a single table for Jewish and Gentile Jesus-followers is vital here. I have also noticed that commentators who assume that ‘salvation’ is the topic really struggle at certain points in the letter when what Paul actually says conflicts directly with what they are thinking . . .

MFB: You write that in Galatians that Paul is not offering Christianity as something superior to Judaism, but “messianic eschatology” resulting in “personal and communal transformation.” What text in Galatians best illustrates that?

NTW: For the idea of ‘messianic eschatology’, the whole narrative sequence of 3.6—4.7, which effectively tells the story of Abraham, then Moses, then the Messiah. This simply is a version of a mainstream Jewish story, with the Messiah as its eschatological climax. For the personal and communal transformation: again, 4.1-7 is very important – Messiah and Spirit together effecting the new status – and 5.13-26 is the resultant personal (and very demanding) transformation.

MFB: Several times you mention the Psalms of Solomon. How does it help us understand Paul’s language of “sinners” and “righteousness” in Paul’s argument in Galatians 2?

NTW: I was fascinated originally by noticing that when Paul talks about ‘people-pleasing’ in 1.10 this goes closely with the same term –anthropareskein – in the Ps Sol (which most scholars think was a Pharisaic hymn book from a generation or two before Paul). ‘Pleasing people’ is a kind of in-between category between the ‘righteous’ (i.e. the Pharisees) and the ‘sinners’ (i.e. pagans or renegade Jews); the ‘people-pleasers’ are people who are trying to be OK Jews but who are trimming their lawkeeping to suit their pagan environment. This is what Paul has now been accused of himself; and his response is to re-articulate the righteous/sinners distinction but now making it clear that all the Jesus-believers are ‘righteous’ . . . the pagans are still hamartoloi, ‘sinners’, and the ‘people-pleasers’ turn out to be . . . the ‘opponents’, who are wanting to ‘put on a good show’ while not in fact intending what Paul knows to be serious Torah-observance (see esp. 6.11-16).

MFB: You note that Paul’s concern with Gentile inclusion is not premised on “typical post-Enlightenement distortions of Christianity” but on something else. What is that something else?

NTW: The Enlightenment would say, ‘We must tolerate everybody just the way they are’ [except of course those intolerant Christians!!]. But for Paul the point is that the Messiah’s death has overcome the principalities and powers, by his dying in the place of the sinners who had worshipped idols . . . so that (as in John 12) the ‘ruler of this world’ is no longer in charge, so that Gentiles need to be told ‘You too can be members of God’s people, by becoming ‘in Christ’.’ In other words, Paul wasn’t just saying ‘you need to be converted and if you do you’ll be part of the single family’, though that was true as well. He was saying ‘The creator God has overcome the idols that have kept you under lock and key; the prison door is open; Jesus is now the lord of the whole world and summons you to believing allegiance.’ Like a Roman emperor conquering a new territory and demanding allegiance from its surprised occupants, Jesus – having won his victory in a totally different way! – is now Lord of all the world and all people are either his glad subjects or recalcitrant resisters . . .

MFB: You major on seeing justification as answering the question, “How do you recognize God’s people?” We might call that the covenantal aspect. But is there an eschatological aspect whereby God also declares us righteous before him?

NTW: Yes, of course, but it’s in the background here. Gal 5.5 is really the only place it peeps out: ‘we by the Spirit wait for the hope of dikaiosyne’. As is spelled out much more fully in Romans, God declares Jesus to be ‘in the right’ (‘he really is my son’) by raising him from the dead; God will declare all Jesus’ people to be ‘in the right’ when he raises them from the dead in the end; and in the present he declares believers to be ‘in the right’ as the advance declaration of the truth that will eventually be revealed, because they are in Christ so that what is true of him is true of them. But eschatology and covenant are not two distinct things, in the end. The covenant is God’s plan to put all things right at last through Abraham and his family who, it turns out, pivot upon the Messiah. You need eschatology for the covenant to make sense, just as you need the covenant for eschatology not to collapse into individualistic Platonism (= Western Christianity as normally conceived)…

NTW: Like many Jews of the period, Paul read the last several chapters of Deuteronomy as a long-range prophecy of the long-term ‘exile’ of God’s people (as in Daniel 9), to be followed by God’s restoration of his people at last. Without the renewal of Deut 30, Abraham’s family are stuck in this thoroughly-deserved ‘exile’, so how can the Abrahamic promises come true? Answer: by the Messiah, representing Israel, coming to the place of the ‘curse’ of ‘exile’ and taking its full force upon himself. This shows, among other things, how wrong it is (despite many preachers and theologians) to say that the Law was wrong to curse Jesus (so we can therefore discount the Law). But you can only understand this if you learn to think like a first-century Jew not a nineteenth-century Kantian!

NTW: In brief, these are shorthand polemical phrases. The Law of Christ is fundamentally the law of love (as often in the NT); the ‘Israel of God’ is the true family of Abraham sketched earlier in the letter.

MFB: If you had to state what is the number one aspect of Galatians that contributes to Christian formation, what would it be?

NTW: It would have to be the urgent need for ‘Christ to be formed in you’ (4.19) – by which Paul means, as elsewhere in his writings, the ONE Messiah-family to become a reality, with ALL those ‘in Christ’ – Gentile and Jew alike (slave and free, male and female alike) but ‘one’. This is the Christos of which he speaks in that misunderstood verse 3.16: the single sperma i.e. ‘family’ who are the Messianic people.  . . . And this comes about because of the verse I’m about to quote in answer to your final question below . . .

MFB: Who would you say was your favourite commentator on Galatians to interact with?

NTW: Difficult. I’ve enjoyed engaging with M. de Boer even though I think he is quite wrong on several major points (see Part II of my Paul and his Recent Interpreters). Craig Keener’s massive work is now indispensable, even though again we have disagreements.

MFB: Do you have a favourite verse from Galatians?

May 10, 2021
Jens Schröter on the Jesus of history and the Christ of faith
Next Post 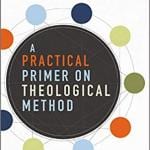 May 26, 2021 A Practical Primer on Theological Method
Recent Comments
0 | Leave a Comment
"Good points! This passage us similar to Ephesians 6 telling women to submit to husbands. ..."
Roger McKinney Romans 13:1-7 – Translates, Paraphrase, and ..."
"Good questions. Thanks for your interaction. I just saw this post, so I am just ..."
Joshua Theological Anthropology Rejigged
"I think a textual case can be made that prototikos also means pre eminence"
rdbipb Christ as “Firstborn”
"Hello Friend, I read your article this is good for anyone. Love is God and ..."
Godsyou Preaching the Word with John Chrysostom
Browse Our Archives
get the latest updates from
Euangelion
and the Patheos
Evangelical
Channel
POPULAR AT PATHEOS Evangelical
1