A few months ago conservative Christian influencer James White was warning of the dangers of empathy, even calling it sinful. Now, if one means empathy in the sense of emotional coercion, then obviously that’s not good. However, White was defining empathy as something someone does to make you feel guilty for their trauma (like racism or sexual abuse). It is allegedly self-indulgent rather than Christ-honoring. Empathy is wrong because it is an emotional response rather than a Stoic expression of religious devotion. He goes so far as to say that “sympathy is good, but empathy is sinful.” White then goes into a weird mode of self-defense mentioning polyamory and paedophiles along the way.

I would say that the absence of empathy is sinful, in fact, it is the root of all evil.

“In my work with the defendants (at the Nuremberg Trails 1945-1949) I was searching for the nature of evil and I now think I have come close to defining it. A lack of empathy. It’s the one characteristic that connects all the defendants, a genuine incapacity to feel with their fellow men. Evil, I think, is the absence of empathy.” 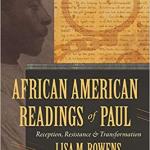 July 5, 2021
Review of Lisa Bowens on African American Readings of Paul
Next Post 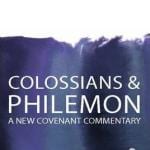 July 11, 2021 On Jesus Christ as Jesus THE Christ
Recent Comments
0 | Leave a Comment
"I'll still laugh and point at the majority of you, but > Xtianity: It is ..."
Steven Watson Before I Went to Seminary I ..."
"dia pistis Iēsous Christ I suspect the ambiguity, both here and in other places, is ..."
Steven Watson Rom 3:21-26 – Translates, Paraphrase, Notes
"Second Temple Judaism spoke of YHWH being two "prescences". After Christianity the rabbis declared this ..."
the old scribe Philo, the Two Powers within Israel’s ..."
"Good stuff, Mike! Thanks for posting this."
James Allman Rom 3:21-26 – Translates, Paraphrase, Notes
Browse Our Archives
get the latest updates from
Euangelion
and the Patheos
Evangelical
Channel
POPULAR AT PATHEOS Evangelical
1