When to borrow your ideas from non-Christians

When to borrow your ideas from non-Christians February 28, 2015 Jeremy Neill

When should Christians borrow from the ideas of the non-Christians in their surroundings? Sometimes doing so is a good way of supplementing the intellectual resources of the Christian tradition. For example, early on in Christian history some of the great theologians and philosophers of the faith borrowed from Greek philosophers for their descriptions of complicated concepts like the Trinity and the Incarnation.

But there have also at the same time been numerous examples in recent centuries of Christians borrowing in inappropriate ways from the thinking in their surroundings. Consider the large body of theological argumentation that arose in pre-Civil War America in an attempt to sanitize chattel slavery. Many of the theological writings of the day were efforts to justify the pro-slavery opinions of the agrarian and business classes of that era. The opinions of these classes carried the day and convinced many American theologians to validate the buying and selling of human beings.  The antebellum pro-slavery argumentation is a dubious body of literature whose extensive breadth makes it one of the most unfortunate examples in American history of Christians borrowing from non-theological sources in inappropriate ways.

My hope and prayer is that Christians today will strive to borrow in appropriate ways from the intellectual resources in their surroundings, and not to borrow in ways that dilute or water-down their rich theological tradition. 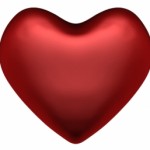 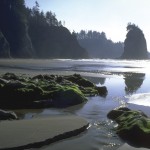 March 9, 2015 A God Who Love and Cares: I go Head to Head with Atheist Ryan Bell
Recent Comments
0 | Leave a Comment
Browse Our Archives
get the latest from
Evangelical
Sign up for our newsletter
POPULAR AT PATHEOS Evangelical
1