If you’re a Christian, your life should be changed

As Christians, our devotional lives come first. But at the same time, when we prioritize the devotional the kingdom work naturally follows. This is because our relational encounters with God change us. Their natural effect is to sanctify us and to produce in us a desire to do kingdom work. Who has been the most profound relational influence on your life? Think of how much that person has impacted your decisions and behaviors. In the same way, the Scriptures teach that it also is not possible for us to experience God’s sanctifying presence and to fail to discard our old life or to devote ourselves to kingdom work. In C.S. Lewis’s Voyage of the Dawn Treader, we encounter the story of Eustace. Eustace is a complainer and malingerer. He gripes about minor ailments and inconveniences, he shirks the ship’s chore routine, and when crew members inconvenience him he threatens to have them locked up upon their return to England. Then one day when the crew set down briefly on an island, Eustace wanders off. He stumbles upon a treasure hoard of a dragon that has just died. In his greediness he puts on a glimmering armband and falls asleep amid his newfound riches. The next morning Eustace wakes up and discovers to his horror that he has been transformed into the new dragon. His greed has mixed with the magic of the place and made him something he never intended. In vain he tries multiple times to shed his dragon skin. But he only can again return to his human form when Aslan, the great and magical lion, arrives and removes his dragon hide for him. Throughout the rest of the ship’s voyage, Eustace is a changed man – helpful, courteous, and compassionate.

What Eustace’s story suggests is that to encounter God is to discard our old way of life. For Eustace, leaving that old life meant allowing Aslan to tear his dragon hide off and to give him a new, reconciled body. The sanctification that Eustace’s story illustrates is meaningless unless and until we experience the death of our desires. If our encounter with God is real then we cannot but experience a funeral for the old self. There simply is no other way, as it is not possible for us to remain the same and to be in a genuine relationship with God. The break with the past is always a matter of character transformation, and frequently it is a radical process. Sharing in the resurrection of Jesus is not for the faint of heart. It is a resolute life and it is grounded in the promises of God. “It is for freedom that Christ has set us free. Stand firm, then, and do not let yourselves be burdened again by a yoke of slavery.” (Galatians 5:1) I sometimes am asked by my students how they ought to understand the connection between the New Testament and the Mosaic Law. Are Christians under an obligation to obey that law – in whole, in part, or perhaps only in the spirit of things? Is some form of behavioral change necessary for a Christian conversion? The answer that I think is right and that is illustrated by the Eustace story is that to encounter God is to experience change. The change takes place naturally when the new Christian experiences a relational encounter with God. To be in a genuine relationship with God is to desire to turn away from the sinful indulgences in which one at one time engaged. The point is just that the kingdom work ought to follow the relationship, and not vice-versa. Cultivating a right relationship with God is something that ought to be our first spiritual priority and then after that our kingdom work will naturally follow.

Note: parts of this post have appeared in earlier posts on this blog. I have worked up these parts into a more substantive post here. 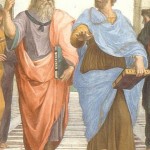 August 5, 2016
Mining the Riches of the Philosophical Tradition
Next Post 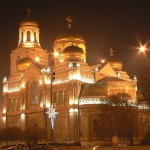