The Spiritual Challenge for India’s Next Generation

The Spiritual Challenge for India’s Next Generation November 10, 2012 Andrew Cohen 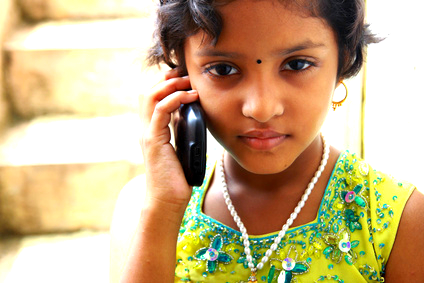 **Editor’s Note: The following is the second in a three-part series of articles written by Andrew Cohen during his recent trip to India. Presented in Q&A format, they include Cohen’s reflections on the significant spiritual and cultural changes that are occurring amidst India’s rapid modernization. Read part one—‘Overpopulation, Anxiety, and Enlightenment: The Changing Soul of Modern India’—here.

Question: What do you feel is the biggest spiritual and existential challenge facing India’s next generation?

Answer: In my opinion, the biggest existential challenge facing India’s young people today is to think for themselves about who they really are, what they’re doing, and why they’re doing it. In the amazing economic and technological upsurge of modern India, where there is so much promise, millions of young people all seem to be getting on the same train. They appear to be moving in lock-step, striving to get good jobs, so that they can get married, have children, and be able to send their children to good schools, so that they can get a good education, so that they can get good jobs, and get married, and have children, and so on. There’s a lot of drive and ambition, but not a lot of deeper introspection or consideration of the fundamental philosophical and metaphysical questions about who we really are and why we’re here. It was these kinds of questions that brought me to India as seeker for the first time in 1984.

“There’s a lot of drive and ambition, but not a lot of deeper introspection or consideration of the fundamental philosophical and metaphysical questions about who we really are and why we’re here.”

That being said, one could make a similar statement about young people all over the world these days. But in India, what makes this all stand out that much more is the way everybody seems to be blindly conforming to their culture’s expectations without any sense that there could be another way. One feels in many of them a sense of inevitability, almost like there really is no other way and there are no other options available. During this trip, which has taken me from Bangalore to Mumbai to Pune to Ahmedabad to Delhi, I’ve made this observation in all of my talks and the response has been an unequivocal affirmation that I was indeed explicating their predicament quite clearly. This usually was demonstrated with a lot of laughter tinged with self-recognition.

Ironically, the perennial wisdom of India’s great mystical traditions, which attracted so many Baby Boomers like myself to come to the Motherland to find ourselves, does not seem to speak to most of these young people. Their eyes are on the material world and the promise of a better life, if they’re lucky, in the West.

Anybody who says that the world is not changing in dramatic and remarkable ways doesn’t know what they’re talking about. The fact that an upper-middle-class secular American Jew from New York City who went to Mother India to find God is now returning to her shores to preach her own highest wisdom to her own young people is a sure sign that the future is upon us.

So really, I think that the great existential challenge for India’s young people is, in the end, no different than it is for all human beings who are in the process of transcending a traditional worldview and entering into modernism. In that transition, we find freedom and independence. But all too often, we simultaneously lose touch with our own souls. In order to rediscover them, we all sooner or later have to make that pilgrimage back to what Mother India represented to many of us coming to her from the West — our own deepest Self. 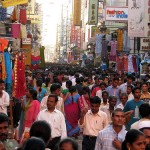 October 26, 2012
Overpopulation, Anxiety, and Enlightenment: The Changing Soul of Modern India
Next Post 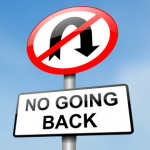 November 17, 2012 No Going Back: The Evolution of India
Recent Comments
0 | Leave a Comment
Browse Our Archives
get the latest from
New Visions
Sign up for our newsletter
POPULAR AT PATHEOS New Visions
1

3 Daily Prayers for the Spiritual...
Wake Up Call
Related posts from Evolutionary Enlightenment