No Going Back: The Evolution of India

No Going Back: The Evolution of India November 17, 2012 Andrew Cohen 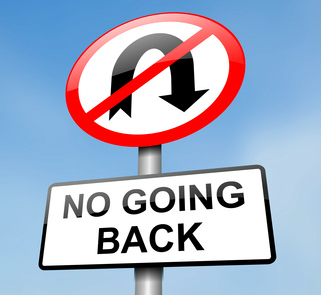 **Editor’s Note: The following is the final installment of a three-part series of articles written by Andrew Cohen during his recent trip to India. Presented in Q&A format, they include Cohen’s reflections on the significant spiritual and cultural changes that are occurring amidst India’s rapid modernization. Read part one, “Overpopulation, Anxiety, and Enlightenment: The Changing Soul of Modern India,” here and part two, “The Spiritual Challenge for India’s Next Generation,” here.

Question: Some of India’s most popular spiritual leaders today are responding to the ever-growing influence of Western values on Indian minds and hearts as an indication that the country needs to return to its roots and embrace the ancient traditions that have made India the world’s spiritual epicenter for millennia. Do you agree with this assessment? If not, what do you feel is the alternative?

Answer: Being an Evolutionary, I don’t think going back to the way things used to be could ever be the appropriate response to rapid and significant change. In fact, there is no going back. Evolution is a moving train. Cosmic evolution, biological evolution, and cultural evolution are all going somewhere new. The world-space that we all share and co-create—whether we live in the foothills of the Himalayas or the busy streets of Manhattan—is part of a global movement and a powerful ongoing process of change.

“Being an Evolutionary, I don’t think going back to the way things used to be could ever be the appropriate response to rapid and significant change. In fact, there is no going back.“

We’re all living in a very special time. It’s a time when this profound evolutionary development can be felt and seen more palpably and more tangibly than ever before. In fact, the rate of change today is moving so quickly, it is, more often than not, intellectually, emotionally, and spiritually overwhelming. Indeed, the truth of ever-increasing change makes one feel a little dizzy at times. But that’s a fascinating feature of the extraordinary time we’re living in. We’re aware of change today in ways that were rarely if ever possible in the past. The kind of dramatic changes that could be felt or seen historically tended to be when cultures collided in times of war, conflict, or natural catastrophe. Change today is going in the opposite direction. Generally, I see it as being very positive.

“I think the real issue at hand is whether we are…prepared not only to not resist the momentum that we’re already being carried by but, more importantly, to actually take responsibility for it.“

It’s my observation that in India the process of change that we’re all in the midst of tends to be seen primarily in light of the country’s burgeoning technological and economic systems. The obvious fact that our shared cultural values, hopes, and dreams need to evolve simultaneously doesn’t seem to be recognized by most people yet. When I mention this observation, most people seem to go into a stunned silence. Their eyes glaze over like it’s all a little too much to deal with. I can almost hear them thinking out loud: “I’m doing everything I possibly can and more just to survive this experience and now you want me to think about what all this movement and change means in a much bigger way? I don’t think I have time for this. I don’t even know if I want to have time for this.”

So once again, I believe that we can’t go back. In fact, there’s nowhere to go back to. The world that we may yearn to return to simply doesn’t exist anymore. I think the real issue at hand is whether we are morally, intellectually, philosophically, and spiritually prepared not only to not resist the momentum that we’re already being carried by but, more importantly, to actually take responsibility for it.

I passionately believe that this is the great spiritual challenge at hand for all of us—in the East and the West. Whether it’s a task we’ll be able to meet, I don’t know. But I’ve devoted my life to awakening in as many people as possible a wholehearted desire to try. In fact, that’s really why I keep returning to Mother India — that magical land that has given me so much over the years. Against what seem to be overwhelming odds, I’m trying to catalyze and encourage, in my own small way, this important process of personal, cultural, and cosmic evolution. 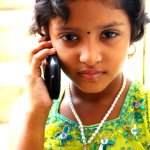 November 10, 2012
The Spiritual Challenge for India’s Next Generation
Next Post 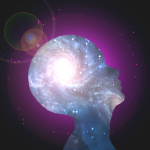 November 28, 2012 Evolution from the Inside Out
Recent Comments
0 | Leave a Comment
"I enjoyed Andrew's interview with Peter Ragnor and I agree with an ancient prophet, "Nothing ..."
Chuck Wardman Free Your Mind (and Your Body ..."
"I have a web site: www.illuminati-one.com that combines science with creation.My last posting: "Cause & ..."
Chuck Wardman Free Your Mind (and Your Body ..."
"Great post. I have admired the Stones for this very reason for a long time. ..."
branchl66 Living on the Edge of Everything
"Good thoughts!But someday we'll need more than that.We'll actually need a Spiritual Hero that is ..."
the Old Adam Why the World Needs More Spiritual ..."
Browse Our Archives
get the latest from
New Visions
Sign up for our newsletter
POPULAR AT PATHEOS New Visions
1

6 Spiritual Lessons Our Cats Can...
Wake Up Call
Related posts from Evolutionary Enlightenment