Sitting on a hard, cold pew I waited nervously as the reel-to-reel projector hummed to life. For weeks, event flyers were handed out in churches and classrooms throughout the area inviting parents to bring their children to see…

Save Your Children from Eternal Torment!

Bring everyone you know to see The Burning Hell.

As the lights dimmed, flames appeared on the scream followed by horrifying screams rising up from hell. Quickly, I clamped my hands over my ears to drown out the sound. Then, beginning with the story of Korah’s rebellion, the movie weaves a terrifying story of punishment by God for those who don’t believe. With my hands covering my eyes, I watched through a tiny crack in my laced fingers.

Horror after horror created fear and panic in my 7 year old heart. Just thinking about it makes a cold bead of sweat break out on my brow! For months I’d dream about being in hell. Every type of evil creature imaginable would take turns tormenting me while I screamed out, “I’m sorry God! Please forgive me!” If you’ve never been religious you may find it hard to believe that this movie was made with the sole intention of ‘saving souls from hell’, especially kids. Church leaders and parents believed that exposing children to the terrors of hell was their religious duty. Based on their parenting manual, the KJV Bible, nothing was out of bounds when heaven and hell were on the line! Let me give you an example of the kinds of things used to ‘encourage’ me to accept Jesus as my savior.

“Veronica – Oh, my goodness! I see–oh, it’s a stench! The odor is so horrible! I see a huge pit, and it’s real burning. The walls are orange and burning hot. Oh! Oh, and I see these horrible creatures; they’re clinging to the sides of the rocks. Some have wings on them with horrible–they look almost human, half human, half animal, but they have pointed ears. And they have … “oh, my God! Please, Blessed Mother, take me out of here!” Oh, my God, they have feet that look like claws and arms with hair, but they also–the fingers have long fingernails; they’re like claws. And they have the most horrible grinning expressions on their faces. Now I see, I see bodies of humans falling, falling. As they fall they’re starting to glow. They’re glowing like an orange color, like coals. And they’re screaming, “Help! Mercy! Mercy! Too late! Too late!” Oh! Oh, my God! And I see they’re going so fast. I don’t know where they’re falling from. They seem to be raining, like almost from the sky into this pit. And I see–oh, my God! I see some are priests. Oh! Oh, and I see one, he has oh, my God!-a cardinal’s hat on his head. And there are three. Now I can count them, there are three. They have mitres on their heads. Oh, my God! Oh, it’s so horrible! The heat is so great, and the stench! I feel like I’m just burning….” Prophecy of hell given by Our Lady of the Roses in 1974. 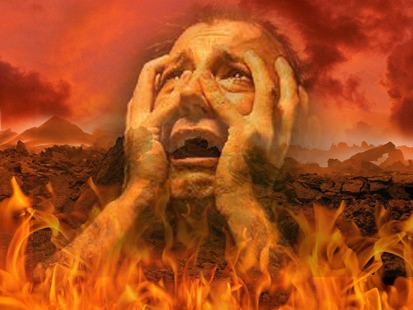 For me it worked by scaring the hell out of me! From that moment on, I did everything possible to please God and escape the fires of hell. I have to admit, using the fear of eternal torture as a motivator is very effective…but very, very harmful! Think about it for a minute. Childhood is supposed to be filled with laughter, exploration, learning, and growing. As we age, reality slowly erodes the innocence of our youth as we experience the hardships of life. But what happens when this is violently stripped away at a young age? And what if the guilty party is acting on a strict, fundamentalist set of religious beliefs?  The walking wounded. I can think of no better way to describe living with the psychological damage caused by a rigid, fundamentalist faith dominated by fear of eternal damnation, believing that even your good works are as ‘filthy rags’ to God, and sacrificing your true self in order to be who god wants you to be.

Dr. Darrel Ray has been a psychologist for over thirty years and the author of several books including the God Virus. He is also the director of the Recovering From Religion program called The Secular Therapy Project; a groundbreaking effort to anonymously match interested clients with therapists who adhere to evidence based, secular therapeutic practices in their mental health treatment approach.

Based on your background as a psychologist, and your religious upbringing, can you tell us how religion, specifically fundamentalism, negatively affects a person’s mental and emotional health?

Many fundamentalist religions tend to hide and mask mental illness. It tells you that depression is a sin and “Jesus will heal your depression if you just pray and trust him.” But, instead of healing, you just get worse! So many religious leaders, counselors, and even church members believe and preach this damaging information! Depression, PTSD, bi-polar and many other psychological conditions are considered demonic or brought on by weak faith. This type of  teaching gives false hope to those who are struggling. It’s harmful and even life-threatening in many cases. For example, take the ‘pray the gay away’ teaching. Men and women are taught that having ‘same-sex-attraction’ can be cured through the power of Jesus’ blood. Psychology has shown, time and again, that being LGBTQ isn’t a choice! You can’t just become straight. It’s who you are and these ‘Reparative Therapy’ programs are harming people by the thousands.

Do you have any advice for those who are dealing with this type of trauma?

Let me offer three ways that a person can begin the healing process. 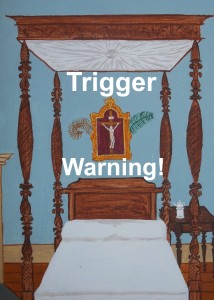 hanging on the wall in the bedroom or a relationship that you keep going back to knowing that their religion is setting you back. Maybe it’s the music on your iPod that upsets you. No matter what it is, you have to deal with the triggers. It’s like divorce. Divorcees sometimes make the same mistake over and over again: trying to reconnect with their ex-spouse and they wind up re-triggering each other. You have to make a clean break. Divorce them and be done with it. Whether its a picture in your room of your ex-spouse or Jesus— divorce them.

I knew a person in the early days of her atheism. She wouldn’t call herself an atheist but she kept religious sayings in the bathroom. This was a trigger for her. She complained about how hard it is to deal with the fear of hell and being ostracized. So I asked her, “What happens when you look at that quote on the wall?”  “I don’t look at it!” “Yes you do. In some way you do and it’s polluting your environment.” “Well, I can’t get rid of it.” It took her another six months to throw them away. She didn’t want to disconnect and it continued to trigger her. When you get rid of these triggers it frees you up to move forward and grow. The TV, Internet, what kinds of people on social media that you interact with can be triggers. Friends and family are constantly saying, “Jesus Loves You!” They post Bible verses and religious memes which keep you trapped in a vicious cycle.

3) Redesign your social interactions:  Look at your past, families, and friends. Even something as simple as sending Christmas or birthday cards can be a trigger. One client struggled with this. Because she had always sent religious cards, she got so distressed over trying to decide what to send if it was not a religious card. If you are a person who used to pray a lot then you may not know how to move past this. For me, meditation has been of great value and science proves this. People don’t know what to do if they can’t pray about something. Meditation and contemplation are two healthy ways to deal with life’s problems without prayer.

Because your passion is helping others, you established the Secular Therapy Project. Can you tell us a little about the project?

In my work with the secular community I have heard many stories from people who consulted a mental health professional only to find out after several sessions that the professional was spiritual or religious or had new age ideas. Investigating, I soon learned that it is quite difficult to find a therapist who is actually secular or will only use evidence-based methods with a client. Secular therapists don’t advertise that they are humanist or atheist because that might alienate the churches and ministers who often make referrals to them. It might also drive off religious clients.

Too many people have told me that they simply cannot find a therapist in their community who is not religious. On the other hand, I know that there are thousands of secular therapists. So how do we get these clients together with therapists? That is the task that Han Hills and I decided to tackle in 2011. We went live with the site in April of 2012 and are seeing clients and therapists finding each other and hopefully engaging in productive, life enhancing work.

When people say, “There is no one in my area.” that shows that we need more therapists! A local therapist attended a talk I gave in Alabama and then registered with the project. He told me that two of his clients had been pushing him to register. More proof that we need more mental health professionals!

As of November 2014, the Secular Therapist Project has 198 therapists and 4,500 clients. We’re only only two therapists away from a huge milestone of 200 therapists! However, the number of people seeking a therapist has grown 15% faster each year over the number of therapists. So if you’re a secular therapist… register. We need you!

For those seeking a secular therapist: Our counselors are all certified therapists who are atheist and secular. They won’t send you back to church, pray with you, or realign your chakras. The sessions can be an in-person or distance counseling session. Either way, the you can receive quality therapy from someone who truly understands your worldview and needs.

Personally, (Teresa speaking here) the most difficult part of recovery is admitting that you need it. Trust me, I know what it’s like to live in Egypt on the river called ‘denial‘! Even though it’s tough, moving forward requires dealing with our wounds. The Secular Therapy Project enabled me to connect with a therapist who is helping me get past my past.

If you’re like me, one of the walking wounded, I encourage you to contact The Secular Therapy Project. Dr. Ray and his team are ready to help you move forward and find healing.

November 14, 2014
Street Harassment and Religious Objectification of Women
Next Post 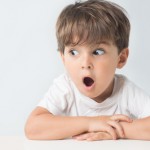