In the second installment of The Walking Wounded, Nate Phelps shares his struggle to find healing from the mental and emotional trauma caused by Christian fundamentalism. Nate and I share a very shockingly similar background. Raised in a fundamentalist home as the child of a pastor, suffered at the hands of an overbearing, abusive father, and did something that many who are severely indoctrinated ever do:

dared to question and eventually walked away from it all.

A few days before I came out as an atheist, Nate and I met over drinks with friends. He is one of the few people who knew my true identity and story while everyone else knew me as ‘Lynn’. Throughout the evening, he and I talked about our childhood and realized that the past lives we lived contained many of the same horrors. Since that evening in 2012, he’s become a wonderful friend and, in many ways, my big brother. I’m sure that we’re not the only ones who have lived through this type of hell. My hope is that Nate’s story will give others the courage to keep going, know that they’re not alone, find help to deal with their pain, and expose the dark truth lurking behind many fundamentalist religious masks.

Nate Phelps is the son of Pastor Fred Phelps of the Westboro Baptist Church, which gained infamy from their protests at soldiers’ funerals around the United States. He is the sixth of thirteen children, and was taught his father’s extreme version of Calvinism from an early age. This was accompanied by extreme physical punishments and abuse, extreme dietary and health requirements, and other extreme expectations. Nate left home at midnight on his eighteenth birthday, and moved to California where he built a new life away from his family. He later moved to Canada, and only recently began speaking out about his story after a chance encounter with a reporter while driving a cab in Cranbrook, British Columbia. Nate has now spoken about his story to many groups around North America, and even returned home to Topeka in 2010 to tell his story to the people in his hometown. Today Nate lives in Calgary, Alberta and works for the Center For Inquiry. He is a vocal LGBT advocate, and speaks out against the dangers of religion and child abuse.

He is currently working on a book which covers his exceptional story, and is the subject of an upcoming documentary film.

Many people know that you’re that you’re the son of Westboro Baptist Church founder, Fred Phelps. For those who haven’t heard your story, could you give us a brief summary?

I grew up in the Westboro Baptist Church. My father taught Calvinism to me and my 12 siblings from infancy. The doctrine of absolute predestination colored his teachings and taught us that we were inherently evil and deserving of eternal suffering. In addition to that, there was biblically justified physical violence toward the children and our mother. Primarily because of the violence, I decided to run away on the night of my 18th birthday. I accepted my father’s theological message, so I left believing that I would live until the year 2000, when Christ was to return, then spend eternity suffering in a literal lake of fire.

Over the next 25 years I spent time in counseling and questioning the message of god that I was raised with. Around the turn of the century I had read and studied enough to satisfy myself that the idea of god is unfounded. Slowly over the past 10 years I have embraced a humanist ideology and began to speak publicly about my life. This lead me to speak out against my family’s campaign of hate as well as a strong advocacy for the LGBT community in response to the letters and emails I received from those who have been harmed by the actions of my biological family.

In this series, I’m looking at how fundamentalist religious belief, especially for those of us who were raised in this type of atmosphere, causes mental and emotional trauma. I know that our childhood parallels in many ways including a strict, unyielding father who ruled with an ‘iron Bible’. Do you believe that your home environment caused emotional and/or mental issues later in your life?

After I left home, I was certain that I had escaped unscathed. However, when my first child was born in 1987, the harm I had experienced rose to the surface. I spent several years with two different counselors, as well as 2 weeks in a mental hospital, trying to undo the harm. One of those counselors also had a theology degree. I spent a year working with him and reading a steady diet of books on biblical hermeneutics to help unravel the error of my father’s theology. In spite of that, I still carried a visceral fear of eternal torture. Even as my notion of hell morphed, there was still a profound horror at the idea of angering a supreme creator. No matter what hell ultimately looked like, it was still hell and it was still punishment from a divine source. It couldn’t be good.

Another big issue was the message we learned from the beginning that we were inherently bad. While there was physical violence in the environment, it was the verbal message that we had pounded into us day in and day out that created the self-destructive ideas that I held about myself. When my son was born, I recall so clearly wondering how it was possible to feel such love for another creature but still be treated the way our father treated us. The inevitable internal response was to question what was wrong with me. It must be about me.

Finally, there is the harm it causes in our ability to reason properly. We were taught that there was only one Truth, and the arbiter of that Truth was our father. This stymied our ability to grow our own minds, fashion our own ideas about the world because any idea we harbored that was in opposition to what our father taught had to be evil and signaled that Satan had control over our hearts and minds. Even when I could develop an idea out with absolute clarity, I would ultimately discount it or reject it because I didn’t trust my own mind’s capacity to reason outside my father’s Truth. This makes the world a very confusing and scary place because you can never know anything with any level of certainty.

Do you have any advice for our readers who are struggling emotionally from religious trauma?

My number one piece of advice is to read, study, and ask questions. Never take someone’s word for an idea. Find out for yourself. Above all, have the courage to read material that wasn’t written to sustain your religious ideas. Understand that it is NOT, in fact, evil to educate yourself. Secondly, I would strongly advise that the person seek out others who can relate to their experience, relate to their journey, and offer support without any strings attached. Finally, during this process, make sure you aren’t falling into the old trap of being led by someone else.

How can people find you online?

Every time I read or hear Nate’s story, my own wounds resurface bringing me face-to-face with the truth: I have a long way to go. With the help of my therapist and loving, supportive friends, I’m dealing with those ‘demons’ and slowly healing. If the things discussed in this article reflected your past, whether it is Christian fundamentalism or another religious group, I hope you’ll take the risk and use one of the links below to help you begin your journey to freedom. I took a risk and trusted Nate with my past. Being honest about the depths of my pain started me on the path to freedom. Don’t wait for a ‘better time’ to act. Underneath all those years of indoctrination is a beautiful you just waiting to come out. You can do it! I believe in you.

Nate Phelps is also a board member of Recovering from Religion and a fellow Ex-Communications writer. 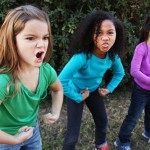 November 25, 2014
I Belong to Me: Learning Agency & Consent Outside Christianity
Next Post

November 26, 2014 Hell: Overshadowing the Best of Intentions.
Recent Comments
0 | Leave a Comment
Browse Our Archives
get the latest from
Nonreligious
Sign up for our newsletter
POPULAR AT PATHEOS Nonreligious
1

How (and Why) Evangelicals Blow Their...
Roll to Disbelieve
Related posts from Ex-Communications