One year ago, Ryan Bell made the news when he announced his plan to live one year without God.

When I first heard the story, it made me happy and sad at the same time. Some of you may assume that my happiness was based upon his decision to give up religion for one year, but that’s not why I felt that way. Why did I feel that way? It’s actually very simple. He found a way to openly explore his beliefs. I know that it hasn’t been easy for him and that he has endured a difficult year. Christians were angry and attacked him and some atheists accused him of using this as a publicity stunt. But despite the pain involved in his decision, he pushed forward throughout the year.

Being able to say out loud, “I have doubts and questions” is an amazing feeling! When I was deep in my struggle, I was not able to talk about what was going on in my life. Day after day the weight of my confusion sucked me further into a very dark place. Without the ability to openly examine my beliefs, the torment slowly consumed me, and I know that many of you felt the same despair as you tried to make sense of the changes in your life. Going through such a life-altering process alone is one of the most difficult things I’ve experienced. That’s why I felt happiness when Ryan began his year of honest exploration into the most ‘sacred’ spaces of his mind. Even with the opposition, being out and open about his questions gave him space to find himself.

At the same time I felt sadness. I’ve felt the full force of hatred, criticism, and even death threats that filled, and continue to fill, Ryan’s world. Those first weeks after I left my pulpit and came out as an atheist, sent me into a deep depression. Grieving the loss of an entire life was almost more than I could bear!

Ryan began this year surrounded by the voices of criticism and hatred. He has endured this year with more of the same, and has now ended his year without God, only to find those voices amplified 1000-fold! I truly understand how it feels to turn on the TV, open an email, read the news, or login to social media and find nothing but pain from those who once claimed to be friends.

But my sadness goes beyond the abuse that Ryan is enduring.  My heart breaks because I know that our world doesn’t allow people to be themselves. We’re constantly bombarded with subtle, and not so subtle, demands to conform – especially when it involves our religious beliefs. Many people hide their confusion, doubts, and questions because the alternative carries too many consequences. Losing their job, being shunned by family and friends, divorced by a religious spouse, and demonized by their community are just a few of the things experienced by those who expose their true identity. In some countries, swift punishment (including death) faces those who dare to think differently. It shouldn’t be this way! Life is about growing, evolving, and maturing. Yet when someone, like Ryan, has the courage to do those very things they’re vehemently attacked. Actually, now that I think about it, I’m not just sad… I’m angry!

Being on the O’Reilly Factor was a big eye-opener for me. From the moment I walked into the green room until I left, I could feel how deeply I was despised by the news hosts. As the interview progressed, it was obvious that what I had to say didn’t matter at all. The host, and the viewers, were completely blinded by their judgementalism and self-righteousness. These people didn’t know me as a person and honestly, they didn’t even care. All they saw when they looked my way, was a hell-bound, God-hating, heathen. When Richard Dawkins chose the scarlet letter, “A“, to represent atheists and other non-believers, he picked the right symbol! Now that Ryan has declared his atheism, he is adorned with his own scarlet letter and is experiencing the unjust treatment associated with being honest and true to who he is.

I know that I’ve painted a rather grim picture, but I want you to know that there is a silver lining. While it is true that he and I both experienced great loss, there has been great gain as well. The atheist community stepped in and gave (and continues to give) compassion, love, acceptance, support, and friendship. This message is just one of many that I received during those first tough weeks:

“I hope you are having a better day today. There are lots of people that love you. I think we all learned a lot from our religious past, time to move on and discard the worst that we learned and bring in the best that we learned.”

I know that our community isn’t perfect, but when the world booted me out they were right there waiting with a soft place to land. I’d lost my job as a pastor (obviously), but my family didn’t do without because the Humanists of Florida stepped in immediately and generously donated their hard-earned money to support us until I could find work. One board member even offered one of their rental homes for my family if we needed a place to live! That, my friends, is love in action.

Based on my experience, I’m certain that Ryan has found the same love that enveloped me after I came out. Over the past two years, I’ve met thousands of people who embraced me for who I am. Even when I’ve made mistakes, the community didn’t crucify me, but lovingly supported me as I recovered from my ‘sins’. Choosing to be the real me caused a lot of pain, but it brought freedom, new friends, and great joy!

Ryan made a choice to express his doubts in an attempt to find answers. I admire his strength and courage in the face of opposition. No matter what the future holds, he’s got a friend in me. 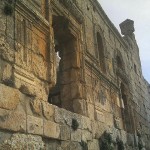 January 2, 2015 The Scary Superfluity of It All.
Recent Comments
0 | Leave a Comment
Browse Our Archives
get the latest from
Nonreligious
Sign up for our newsletter
POPULAR AT PATHEOS Nonreligious
1