The Lies that Bind Us

The Lies that Bind Us January 9, 2015 Teresa Macbain 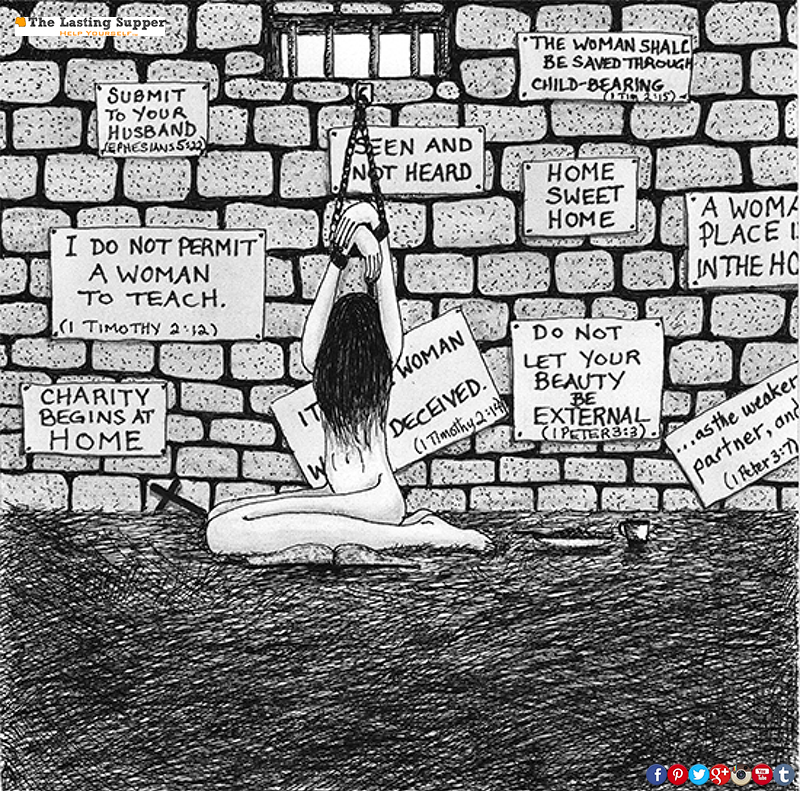 How did I get here? How did I come to this? Why am I in these chains? Why am I locked in a dark cellar surrounded by things that degrade and dehumanize me?

Especially words. Words that are meant to shame, subdue and enslave me.

And they do. Because I let them.

Confession: I entered into this relationship because I wanted to. I was not forced. It was my choice. I was free.

Although I couldn’t have known at the time, I was also free to submit myself to a cruel master hiding in wait behind beautiful promises.

I signed up for this. But I had no idea what “this” was.

It was a craftily laid trap!

For a long time I believed that things weren’t really that bad.

Then, when I realized they were, I hoped that I could, with endless effort, change them. Finally, I had to admit: I was trapped.

Yes, I walked into it. No, I did not mean to be caged.

My exterior life was poor. However, my inner life was rich.

And somehow I knew; I just knew that one day this would release me, liberate me, and save me.

Indeed, I would save myself!

David Hayward was ordained Presbyterian, pastored a Vineyard church, and planted others.He has a Masters in Theological Studies from Gordon-Conwell Theological Seminary, as well as a Diploma in Religious Studies and Ministry from McGill University in Montreal.But in 2010 David left the professional paid clergy. He is still passionate about how people can find and follow their own spiritual path with courage and joy, as well as in how people can freely gather and form community in healthy ways. He is also passionate about articulating an intellectually valid and conscientious theory about spirituality.David started a blog called nakedpastor in 2006, and initiated his public analysis of religion, religious community and spirituality through his writings, art and cartoons. Thousands of people are challenged and entertained by nakedpastor every day. He also launched an online community called The Lasting Supper where people can learn and live spiritual independence.