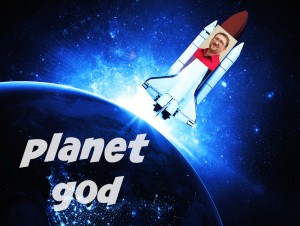 One thing you should know about me: I’m a sucker for a good analogy.

Analogies are a tricky thing in general because they are by their nature an imperfect attempt to approximate an idea or situation in other, often more evocative terms. There’s no perfect analogy (a perfect analogy would just be an equivalence), but others are better or worse than others. The best analogies not only come close to such an approximation but even illuminate it further.

Many analogies have been attempted for the role of religion, and some, like the idea of religion as a memetic virus, may approximate some aspect of religion while not being an accurate representation of it in other ways.

Since I deconverted from Christianity about three years ago, however, I’ve favored a much different analogy for religion, one that I think has helped me come to terms with my own departure from religion. Achieving escape velocity from planet god.

One of the more memorable lines in the young adult novel The Fault in Our Stars by John Green is said by the book’s protagonist, Hazel Grace Lancaster:

“I fell in love the way you fall asleep: slowly, and then all at once.”

In a way, that’s sort of how I fell out of love with religion.

That’s not to say that I wasn’t attracted to religion – on the contrary, I think that I spent most of the eight years or so leading up to my deconversion trying to make sure that I could sustain that affection. Like many ex-Christians, I read the Bible intensely; I studied Christian apologetics and philosophy (I owned and read this book, for instance); I attended lectures from Christian thinkers like J.P. Moreland; I defended Christianity online in blogs and forums. At one point, I even started to formulate a written response to Brian Holtz’ arguments against Christianity. I wanted to believe and I wanted that belief to be rational and articulate.

Then, all at once, I found myself standing outside my former faith wondering how on earth I had gotten there. (Appropriately, that moment of realization also happened in a church.)

How had I gotten there? I had come to the realization that I simply couldn’t believe any of it – Christianity, God, none of it – anymore, but that wasn’t enough for me. I wanted to make sense of it.

Most people wouldn’t be surprised at why I personally ended up being religious; my father was a Southern Baptist minister, and my mother was the granddaughter of one and raised in that faith. I was born on a Sunday and was in our country church down the road that following Sunday. There weren’t many Sundays as a child where I wasn’t in church, since illness was virtually the only acceptable excuse for missing any church service. 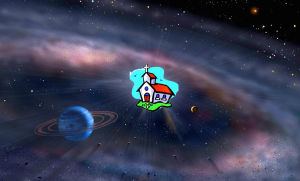 This isn’t the experience of every ex-Christian, of course, but for me, the church was not just an important institution – it was the center of life. Virtually everything revolved around it. We prayed before meals and read devotionals from Keys for Kids before bed, which I’ve learned is apparently still around. We listened almost exclusively to Christian music and radio stations. (Let’s just say that I heard way too many episodes of James Dobson on Focus on the Family during those Sunday drives to church.) My brother and I were in any church programs appropriate for our ages. We learned from example that ministry was something that you just did. (It’s no wonder that I would later dive into ministry as a young adult.)

Religion, like a celestial body, exerted a powerful pull on my life. I was heavily invested in it as a social network and as a place which held truth and salvation. I didn’t know any other kind of life. Growing up in rural Illinois, the idea of the “unchurched” or “unsaved” or “the lost” was always present, but I didn’t really know any non-religious people, let alone atheists or humanists. And I knew what the Bible said about not believing in God.

It wouldn’t be until I encountered the Internet that I would be able to see beyond the boundaries of my religious faith. Once I started talking to atheists, especially ones who shattered my stereotypical view of non-Christians as depraved (even more than the rest of us, that is) and morally directionless, I found that there was space beyond the atmosphere that the church had always provided for me.

In case the analogy hasn’t already formed in your mind, let’s make the physics clear: If you want to move away from a large object, you need enough force to equal or exceed the gravitational force exerted on you by that object. The larger the object is, the more it pulls on you and the harder you have to fight to achieve escape velocity.

For many people in situations like mine, for whom religion is monolithic, that pull is strong. It 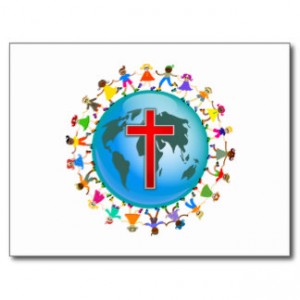 That is, until we realize that there is life beyond it.

The bottom line is this: If you want to leave religion, the pull of religion must weaken or the force propelling you away from religion must increase (or both). If religion has never held such weight, then it may not take much for you to move out of its sphere of influence. If it has, you may find the fight difficult and emotionally taxing, to say nothing of the struggle to acclimate yourself to life outside the world of religion.

In the light of such an idea, I find myself somewhat comforted and even encouraged. It’s so easy to find yourself thinking back on past beliefs only to wonder, Why on earth did I ever believe that?! If it were only a matter of dispassionately assessing the reasonableness of positions, then these beliefs might well constitute a character flaw; if we remember that there are other factors complicating our ability to make such assessments, then we can be more empathetic toward our past selves – as well as for those who still find themselves within the gravity of religion.

Of course, I’m sure that there are ways in which this analogy fails or has its limitations. Still, I think that this astronomical model of thinking about religion can be instructive in understanding how religion works in the lives of individuals, how it can be escaped, and even how we can help those who manage to break free of its pull.

Galen Broaddus is a web developer currently living in the flatlands of central Illinois. He is also the president of Springfield Area Freethinkers (IL) and a certified Secular Celebrant with the Center for Inquiry. You can finding him writing occasionally on his celebrant blog and tweeting slightly more occasionally here.

April 15, 2015
3 Things I Didn't Know About Personal Compromise.
Next Post

April 17, 2015 An Ideal Compromiser.
Recent Comments
0 | Leave a Comment
Browse Our Archives
get the latest from
Nonreligious
Sign up for our newsletter
POPULAR AT PATHEOS Nonreligious
1

Deconversion: Brett McCracken Gets It Completely...
Roll to Disbelieve
Related posts from Ex-Communications