Contrary to what might be the typical experience, I’ve found myself growing increasingly disappointed with my parents.

Now, don’t get me wrong here – I love my parents, and I don’t think they’re horrible people. I get along with both of them to various degrees, and they’re both still very much a part of my life. Still, I’ve come to realize that my view of my parents was a bit naive, that I assumed too much about their character. This has become readily aware to me very recently, as conversations have turned toward issues like race, and I can’t help but ask myself,

“What of those ideas that I can readily identify as problematic in others is there in my own thoughts?”

Finding those ideas that subvert your own thoughts can be difficult, especially when they are ideas that are modeled rather than explicitly taught, but even more surface-level ideas can be identified. It’s part of the model of Christianity, too; when I had my first conversation with my father after he found out that I had left the faith, he cited Proverbs 22:6 and essentially told me that he’d already done his job and he would leave it at that. It was a far better response than I had expected, albeit a bit annoying (because he was assuming that this was “just a phase”), but he was working from that model. Train up a child, and you ingrain all of those ideas into their psyche in ways that are often difficult to overcome. I asked some of my friends on Facebook to tell me about some of the ideas they were taught which they had to unlearn later on in life (some of which pertained to religion while others did not as much). Here are some of their responses, paraphrased and anonymized where necessary:

This is obviously a self-selected sample, but I was struck by how many women said that they had been taught the strict gender roles of complementarianism and by how many of these ideas (which came from both men and women) constitute a sort of victim blaming. It should also be noted that some of these responses came from religious friends of mine, so it isn’t even only the ex-religious who have this struggle. And some of these ideas made their way into the minds of friends who had secular upbringings, through the cultural milieu they were raised in. The fact that so many of us have to unlearn these ideas, which are deeply ingrained and can resurface at any time (especially in stressful situations), is regrettable. But I’d like to suggest that there can be a silver lining of sorts in this. One of my electroquaintances was raised in a fundamentalist household, a deeply regressive environment from the sounds of it (far more fundamentalist than I was raised in, certainly). In the time that I’ve known them, I’ve been struck by posts like this:

Fundamentalism taught me that I was evil, broken. Nothing I could do was good. Any good I managed was always tainted by the ‘the heart is deceitful’. Today I leave fundamentalism: I can accomplish good, and it’s not because of g-d. It’s just because I worked hard.

Fundamentalism taught me how to hate, and I turned it inwards until I hated myself for living, breathing. Today I leave fundamentalism: I will learn to love myself.

I find myself inspired by these statements, these forceful, conscious repudiations of ideas now discarded. While I wouldn’t claim this is a panacea for the remnants of these ideas that still haunt us after we have abandoned them, I think that it might be a step toward healing, one that empowers us to exert control over what ideas hold sway over us.

Today I leave my past behind.

Today I throw another useless belief by the wayside.

Today I unlearn an idea that I should never have been taught in the first place. 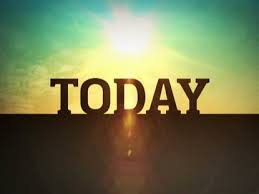 [What ideas have you had to unlearn? Leave them in comments. You might find the responses enlightening.]

Galen Broaddus is a web developer currently living in the flatlands of central Illinois. He is also the president of Springfield Area Freethinkers (IL) and a certified Secular Celebrant with the Center for Inquiry. You can finding him writing occasionally on his celebrant blog and tweeting slightly more occasionally here.

May 13, 2015 The Blame Game.
Recent Comments
0 | Leave a Comment
Browse Our Archives
get the latest from
Nonreligious
Sign up for our newsletter
POPULAR AT PATHEOS Nonreligious
1