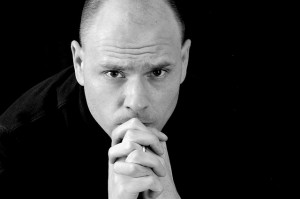 One of the near-universal experiences of being formerly religious is being told that “you were never truly one of us.” Among the ex-Christians I know, there’s almost a sort of inside joke about it because, invariably, we can point back to how deep we were into religion. We can pull out deep, subcultural references or other bona fides (no pun intended) to prove how really, sincerely serious we were about our belief.

Of course, that hardly ever matters to the true believer. There are always rationalizations to be found.

Which is why I find it so perplexing to find the same thing happening in secular circles.

It doesn’t even take much effort, even. Talking about religious moderates? They just don’t take their religion all that seriously.

Talking about the possibility of successful interfaith marriages? Well, those marriages are a problem for those who take their religion seriously. (And those are just a few pieces I found on that subject with a cursory search.)

So why are we falling into the same trap that religious people are when they consider apostates?

The Nominal, The Moderate, and The Confused

To clear up one point straight away: I’m not saying that there aren’t people who don’t take their beliefs seriously. That is trivially true. I think that it’s fair to refer to these people as “nominals” in that they identify with a position but haven’t given it much thought and/or don’t let it affect their daily lives too much. For the religious, we often tack on the adjective “cultural” – cultural Catholics, cultural Jews, etc. (For non-theists, we have the lovely portmanteau “apatheist.”)

But I don’t think this label should be applied too widely or indiscriminately. Too often, it seems to be conflated with the category of “moderates” – people who hold positions that are not characteristically extreme. On the simplistic spectrum of theist and atheist, we’re talking about theists who aren’t fundamentalists and atheists who aren’t extreme anti-theists. That’s a fairly wide category, and it almost certainly contains “nominals,” but the category isn’t coextensive with that.

Maybe this is just a problem of terminology, then. What constitutes “seriousness” in terms of holding a belief?

Intensity and Dogmatism Are Not the Same as Seriousness

For me, taking one’s beliefs seriously is fundamentally about sincerity. For the last several years I was a Christian, I was driven to back up my beliefs with evidence and reasoning. I didn’t do this because of some religious obligation – in fact, you could say that I had a disincentive to do so because faith was a sufficient reason as far as the church was concerned. (I never even really encountered the idea of coming up with a robust intellectual explanation of the Christian worldview until I attended a Christian college. It just never came up in any of the Baptist churches I was raised in.) That wasn’t sufficient for me, though; I needed that foundation to be rock solid, lest I build my house on sinking sand.

As I continued that ultimately doomed endeavor, my intellectual pursuits were made completely in earnest. The whole process was one of questioning in order to come at a solid conclusion, and the more I approached beliefs in that way, the more I found them yielding to better conclusions. I wouldn’t have done any of this if I hadn’t been serious. I could have just trusted the apologists and taken them at their word.

What I didn’t do was to merely assert my beliefs dogmatically. That wasn’t a function of how serious I was about my beliefs.

In his excellent book In Faith and In Doubt (one of the few books I am still remotely evangelistic about), Dale McGowan broaches the question of what is likely to make a marriage between religious and non-religious people difficult. Unlike others like those linked above, Dale doesn’t talk about partners who “take their beliefs seriously.” He does talk about how intensity and dogmatism can complicate such an arrangement – and from my experience, that seems to be true. If I am so intensely religious or irreligious that I set a higher worth on converting my partner than on respecting their right to believe, then that’s a problem. If I am so dogmatic in my belief that I become intolerant of their disparate belief, then that’s also a problem.

In neither of those cases is the person just “serious” about their belief. It goes further than that, and one can be sincere in their belief without it being extreme or dogmatic.

Who Sets the Standard?

The part of this whole phenomenon for me that is the most perplexing is where the standard gets set. I read articles like this Atlantic piece on ISIS and shake my head because the whole thing is a mildly veiled exercise in defining “true religion.” I’ve never seen that kind of exercise be anything other than futile.

Sure, there are clear-cut cases – an atheist who professes belief in an intervening deity would surely not be considered to be an atheist in the relevant sense for most atheists, no matter the self-identification – but most of what is trickier is the stuff in the wide grey area of any widely held worldview. Moderates will tell you that the true version is theirs; fundamentalists will argue for their own. And when it comes to outsiders, fundamentalism or the more extreme views are more often than not considered the “true” form. (The cynics among you might be able to guess why.)

So when we talk about the “seriousness” of belief in these terms, what we’re really doing is ceding the right to define “serious” belief to one camp or another.

And, perhaps more to the point, we end up defining serious belief as authentic belief.

We ought to be very careful about who gets to set these standards, and we should be less than eager to assume that responsibility ourselves.

Even more importantly, we should remember that, in ceding authority to literalists and extremists of every stripe, we increase the risk of alienating allies. The Christian who supports secularism is no less sincere than the Christian who advocates for theocracy, and I can tell you who I’d rather be fighting alongside.

If we want to fight dogmatism, extremism, or harmful thinking, let’s do that. But let’s not confuse any of those things for seriousness, and let’s not give extremism any more power by giving them the argument here.

There are, after all, more serious matters to deal with. 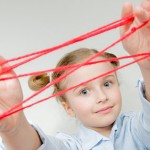 May 17, 2015
Games Christians Play: Making Your Faith Impossible to Disprove
Next Post 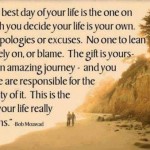 May 20, 2015 7 Steps to Finding Your Purpose Without Religion
Recent Comments
0 | Leave a Comment
Browse Our Archives
get the latest from
Nonreligious
Sign up for our newsletter
POPULAR AT PATHEOS Nonreligious
1