Why I Won’t Stop Defending Religion

Why I Won’t Stop Defending Religion May 26, 2015 Galen Broaddus

Those who know me well enough know that I am quite argumentative by nature. I’ve actually mellowed substantially in this regard over the years, but most of why I ended up becoming an atheist was due to my intense curiosity and the argumentative side of my personality. In a nutshell, you could say that I’ve always wanted to be right and be able to show how I’m right, even though the latter has taken precedence over the former for me from time to time. I’m still learning and trying to be more disciplined in this regard.

I cut my teeth arguing on the Internet – my first foray into the world of religious debates was jumping into a Yahoo! chat room on atheism and tragically spouting off the “lost day” urban legend (see link for a sound refutation, although it hardly needs one, truthfully). I didn’t really kick into gear, though, until after I got interested in theology and philosophy as the result of an introduction philosophy course at a Christian college.

I only attended the college for one semester as a music ministry major (emphasis in composition) and left for reasons largely unrelated to the college itself or its offerings. Still, that one semester – and in particular, that one course – left such an impression on me, I think primarily because it triggered my desire to be more knowledgeable and a better arguer.

A fair amount of what I studied was philosophy, but in order to keep the specific Biblical foundations on which I based most of my beliefs, I had to consume more than my fair share of apologetics – the discipline of defending the faith. In fact, one of the things that started to turn me away from Christianity was the fact that these apologetics sounded more and more hollow the more I read them. I couldn’t sustain it.

These days, I try to temper the frustration and disgust I often feel for the things that I was taught and the things that others are taught with an understanding that religion is complex and multivariate and actually quite fragmented. There are obvious trends and generalizations that can be made, but ultimately, it takes understanding and empathy when dealing with religion and specifically with religious people. In other words, I try to look at religion with as much nuance as I can muster, but I can’t say that I have a fondness for it, either my former religion or religion writ large.

It’s actually sort of a good exercise for me in part because I get a chance to resist the sort of tribalism that one can so easily slip into (and anyone who denies that there is tribalism among atheists and nonbelievers is fooling themselves) and in part because it helps me to challenge my own preconceptions.

Perhaps the single most frustrating topic for me is the assertion that “religion is a mental illness.” I won’t use this space to go into detail about why I think it’s wrong – I think that has already been done by countless others more skillfully than I could manage. Suffice it to say that not only do I think that it’s a completely inaccurate statement that belies a lack of understanding of mental illness, but I think it insults both religious people and people with mental illness to make the comparison, to say nothing of the stigma against mental illness that it perpetuates in the process. (Again, you can find arguments to that effect in the above sources. [Edit: Please don’t comment as to why this is wrong if you haven’t at least read these links. They come from people who have actual knowledge of neuroscience and mental illness.])

But still I routinely hear atheists making this claim, and it absolutely infuriates me. And when I get angry, I get argumentative. 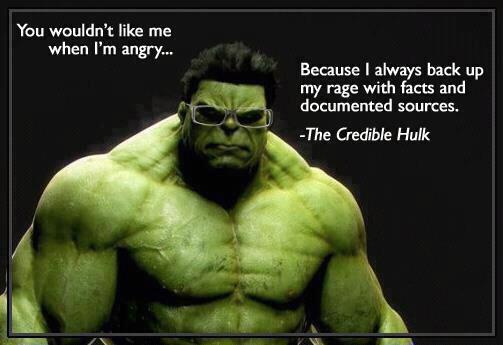 Much of the time, my arguments are dismissed – which I can’t say is too surprising because that’s a pretty typical response to firmly-held beliefs, and asserting that religion is a mental illness isn’t something that I find people doing casually. But sometimes the responses are…different.

You see, there’s also a certain subset of people who, when faced with such arguments, will assume that you’re a religious person (because why would an unbeliever challenge a claim that makes religion look bad, right?).

So, this last time, I got called an apologist. Which I find abso-freaking-lutely hilarious.

It was of course supposed to be an insult, an accusation that I was just coming up with whatever excuse I could find to defend religion. But the truth is that I need only one reason to defend religion: because intellectual honesty requires one to defend positions against bad arguments. That’s true for religion or irreligion or politics or ethics or whatever it is. If I claim to value reason and truth, then I must sometimes even defend people or institutions that I disagree with.

And yes, I do sometimes defend religion because people I care about – friends, acquaintances, family – are religious. But really, I’d like to hope that I would defend religion (or anything) from unjust attacks even if I had never known a religious person at all. (Whether or not that would really be the case is, of course, a different matter.)

If that makes me an apologist for religion, so be it.

Just don’t expect me to be apologetic about it.

May 22, 2015
Group Identity, Priorities, and the Josh Duggar Scandal.
Next Post

May 26, 2015 Why I Can't Remain Silent about Josh Duggar's Sexual Abuse Victims
Recent Comments
0 | Leave a Comment
Browse Our Archives
get the latest from
Nonreligious
Sign up for our newsletter
POPULAR AT PATHEOS Nonreligious
1