Credit Where Credit’s Due

There are few values for me that rank higher than fairness. As an inveterate arguer (although I’m somewhat reformed these days), I had to learn that the principle of charity – taking the fairest possible interpretation of an interlocutor’s argument to avoid strawmanning – is incredibly important not only for a meaningful dialogue but to avoid committing an error in reasoning.

Very closely related to this for me is the idea of the concession – noting where your opponent has made a valid point that needs to be considered within the scope of the entire position. In more formal debates, this tends not to occur because the affair is more performative than exploratory; in one-on-one dialogues, it’s a way of identifying that you are willing to listen to reason and that you aren’t simply going to rationalize your existing position and dismiss any possible objections. In a sense, it’s a signal to your opponent that you respect them enough to listen and consider their arguments honestly, which then will hopefully be reciprocated.

This is the ideal, which means that it doesn’t always happen. But when it does…it can be a thing of such beauty.

Back in May, my Patheos colleague at the Progressive Christian channel, David Henson, posted a piece called Don’t Thank God that Nebraska Ended the Death Penalty about Nebraska state senator (and atheist) Ernie Chambers and his success this year in getting the death penalty repealed in that state.

If that title isn’t provocative enough, get a load of what the article itself says:

I’ll be honest. My first inclination, as a liturgical Christian was to offer a hearty, “Thanks be to God!” in celebration. I was tempted to see God at work in this. I was tempted to ponder the beautiful irony that an atheist has done more to build the reign of God on earth than most Christians have. I was even tempted to make a hyperbolic biblical comparison of Chambers to Cyrus of Persia, the Gentile that the Jewish scriptures anoints as the Messiah.

And it’s understandable. With good news like this, many Christians might be tempted to claim this for God or even to call such good news a revelation of the gospel. We are so desperate for good news at times, we’ll colonize just about anything to renew our faith.

Some progressives might even suggest that Chambers is much more of a Christian than most professing Christians. Don’t do it. Because he’s not. He’s an atheist. …

So don’t thank God for what happened in Nebraska. Instead, give credit where credit is truly due.

Honor Chambers, not the God he doesn’t believe in.

I was a bit taken aback by the piece in all the right ways, and I told David so on Twitter. What he said wasn’t the typical Christian response; it was one that abandoned the typical appeals to give credit to the individual, without any ideological baggage. One Christian commenter even called David’s approach “odd-ball spin.”

It’s not like it wouldn’t be the logical extension of theological positions that he already holds, either. After all, he even notes that there are models in the Bible of non-Christians who nevertheless facilitate Yahweh’s goals; Chambers could be seen as another example of that archetype. Some other commenters even went there anyway, despite David’s refusal to do so.

What David really did is this: He refused to co-opt Chambers’ work for the service of his ideology. He put the recognition of Chambers’ own tireless efforts – Chambers had literally submitted a bill like this every session he has been in the Nebraska legislature since 1976 – over the impulse to make this into a victory for his deity.

If tribalism is being more concerned with a person’s label than their actions, then this is the exact opposite. And that should be commended, especially from those of us who don’t share Henson’s own theological views.

I’ve noticed that some of my own ideological compatriots can sometimes be allergic to this. I confess that I don’t really understand it, honestly. I mean, I don’t have any problems with people being anti-religious; I feel that way a lot of the time, and I respect many of the positions of anti-theists like my friend and colleague Kaveh at On the Margin of Error. If you want to oppose religion, go for it. Decry religious positions loudly. Blaspheme if that’s your thing.

But if we can’t even bring ourselves to reinforce positive actions that religious people and/or organizations make, what good are we doing? Why wouldn’t we praise actions that are good in their own right, no matter who they come from?

If we value fairness, then that means that we too must give credit where credit is due. Anything less is a disservice to both us and those who believe differently than us. 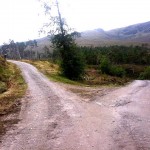 June 30, 2015 What I Wish I'd Said: A Lament from an Atheist and Former Teacher
Recent Comments
0 | Leave a Comment
"This site will be left as-is for anyone who wants to read the older posts. ..."
Joe Omundson Announcement: ExCommunications is Moving!
"Will the older content be transferred to the new site?"
Clancy Announcement: ExCommunications is Moving!
"It's a love for the Horror genre.Once I stopped believing in ghosts and exorcisms, those ..."
Steve Dustcircle What Makes People Long For the ..."
"> What Makes People Long For the ‘End Times’?It's a sado-masochistic revenge fantasy. And is ..."
Jim E Jones What Makes People Long For the ..."
Browse Our Archives
get the latest from
Nonreligious
Sign up for our newsletter
POPULAR AT PATHEOS Nonreligious
1

Josephus, and the Lies Christians Tell...
Roll to Disbelieve
Related posts from Ex-Communications