Giving Yourself Permission to Be Angry.

Giving Yourself Permission to Be Angry. June 10, 2015 Captain Cassidy

One of the most powerful things you’ll ever do for yourself is to give yourself permission to feel the full range of human emotions without shame or guilt for having them–especially darker emotions like anger.

Those dark emotions are scary to us. Joy rarely makes us lose control of ourselves, but fury can end with punched holes in walls, screaming matches, or maybe even injuries.

It wasn’t easy for me to learn to become comfortable with feeling negative emotions. I’d spent years in a religion that taught me to suppress and negate them. Because I’m a woman, that conditioning was especially strong. Women in my culture were supposed to be cheerful servants to their menfolk, obedient and smiling, cheerful and of course sexually unavailable–but pretty–until marriage, after which point we had to be sexually available and still pretty.

Anger in women was suppressed, punished, and controlled immediately. Expressions of anger got met with accusations of menstruating or admonitions to “calm down.” Frowns earned us demands to smile. Some of us learned to keep those expressions of unapproved emotions private, taking it out on family or household crockery out of the public eye.

And some of us–like me, once–bottled up those emotions only to see them burst forth explosively at the worst possible times.

For a religion that styles itself as one of peace and love, I sure saw a lot of people in it with serious anger problems. Across all denominations, from the most liberal cafeteria Catholic to the most fervent fundamentalist, I saw my fellow Christians lose their shit when pushed. During a mild bit of bickering in college with a very mild-mannered SBC friend over where to have lunch, he suddenly exploded into terrier-like spasms of rage–veins popping in his neck and forehead, red from stem to stern, the whole nine yards–and began screaming incoherently at me. Oh, he apologized profusely afterward–he’d been under stress, he said–but nothing was the same between us afterward. That was one of the first times I saw these rage explosions in my peers, but it certainly was not the last. After a while I noticed that nearly every person I knew well in this religion, with few exceptions, exploded similarly.

Even I was not immune. Not only was I developing a blazing case of post-traumatic stress disorder thanks in great part to suppressing emotions, but I was also having panic attacks and rage explosions of my own. Biff and I had screaming matches where I’d sometimes literally black out and not remember afterward what I said or did. Like my friend had, we both apologized a lot for the things we said and did in anger, but neither of us really knew how to handle those emotions in a mature and responsible–and constructive–way.

That level of anger terrified me. I couldn’t even imagine where it was coming from. I certainly didn’t think of myself as an angry person. I pushed these increasingly-frequent incidents out of my head. As far as I was concerned, I was not an angry person. When a therapist later told me I had a big problem with anger, I thought she was messing with me. I thought my problem was anxiety, not anger. I was there for panic attacks. She said it was both, because they were coming from the same place. You could have knocked me over with a feather.

I’m thankful that I was able to talk to her, though even she didn’t fully catch the ultimate problem (PTSD). At least she was able to give me some ideas of how to handle my emotions and manage them in a more healthy way. I’m not going to play therapist now, because I’m not qualified and it wouldn’t be my place to do so, but I do want to say that one idea that really pushed me out of my cage was this:

I had to learn to be okay with being angry.

Hell, I had to learn to recognize it in the first place!

I had to learn what the signs were that I was grouchy and touchy, and I had to learn how to head that anger off at the pass. I had to recognize that anger itself comes from certain other deeper emotions (like fear, or insecurity, or even relief–as parents well know), and if those emotions aren’t dealt with then the anger can be much worse.

All of that sounds so elementary and maybe for a lot of folks it is. I strongly suspect that some people learn this stuff in grade school. But I was in a culture that felt that anger was so bad that people weren’t allowed to feel it–except of course for righteous anger, like at gay pride parades or religious persecution (which tend to be the same thing to some Christians). Other forms of anger were considered “fleshly,” which means totally off-limits–or the result of demonic oppression, which was when the Pompeiian olive oil got brought out for a good old-fashioned exorcism! Righteous anger is also the excuse that especially nasty Christians use to be unthinkably mean-spirited, venomous, and hateful toward people they don’t like and still think of themselves as TRUE CHRISTIANS™.

I ran into one of those sorts of Christians just yesterday on Facebook who seriously thought that his childish “tantrum” about gay people was totally justified because some of them say mean things about Christianity sometimes–and he’s a legislator in his state (you might remember him from a similarly cuckoo tirade earlier this year demanding we nuke the Middle East). He joins other Christian leaders who openly gloat about how much “perfect hatred” they bear toward their rage’s scapegoats. Anger issues? They’re soaking in it!

As far as I can make out, the kind of anger that toxic Christians are totally on board with:
* Advances a right-wing Christianist agenda
* Is nasty toward the correct groups or person/persons
* Results in revenge or silencing of opposition
* Feels good and/or makes the Christian feel like a badass instead of “weepy worship dude[s]”, as Mark Driscoll put it a while ago

But that’s for men–see that last bit? That’s no accident. Women’s anger is never allowed and never acceptable to show in public or toward men. Ever.

If I got angry, I was supposed to “give that anger to Jesus” to be magically cured. Even at times when anger is all but inevitable in the lopsided world of inequality-as-the-bonus-plan that especially Christian women inhabit, like during the holidays, women who get angry are required to pray a lot and “give it to Jesus,” to paraphrase that link, so they don’t become something even more unapproved than angry: bitter. I guess the idea is that Jesus reaches into women’s heads to draw out that anger and make them joyous and pretty and smiling again. Nobody really outlines how to do that beyond offering sample incantations that are supposed to do the job by magic.

I’m not exaggerating; here’s a very popular female preacher, Joyce Meyer, telling her target audience (other women) that the key to managing one’s anger is to simply decide not to be angry anymore through the power of JAY-ZUSS. As far as she’s concerned, the way to deal with anger is simply not to feel it anymore. And though she cuts her hair short and paints her face like a shameless, worldly, rebellious little Jezebel hussy, Ms. Meyer isn’t saying anything here that I didn’t hear at least once a week throughout the range of Christianity.

But ignoring anger doesn’t make it go away.

Neither does lowering one’s voice into a breathy, baby-doll whisper, as I mentioned the other day that Michelle Duggar does to help her with her own rage problems, but at least Michelle Duggar is trying to do something beyond muttering spells and hoping for the best, even if what she’s doing doesn’t work either for her.

The reason these half-assed measures get suggested is that to the people in that world, anger isn’t okay at all to feel. It must be pushed away, ignored, negated, effaced, erased, obliterated. But the reasons for that anger are still there, so these measures don’t work.

There’s a lot of power in that simple act of self-love.

We become whole again when we embrace all the myriad emotions that come with the human condition.

An unexpected side benefit to learning to embrace and respect my own anger was that I can now spot gaslighting a mile away. Abusers prey upon victims’ inherent fear of feeling or showing negative emotions, telling them they’re “crazy” for feeling a certain way or that they don’t actually feel the way they feel. One quick way for abusers to “win” an argument is to needle victims to the explosion stage, then tone-troll their hapless victims by saying that their show of anger has just invalidated their entire argument. You can probably guess that exact scenario happened to me a lot right after my deconversion; I didn’t gain my superpowers instantly after realizing Christianity’s truth claims weren’t true, you know! And neither do most folks. That indoctrination goes a lot deeper than just the label and it might take time to get resolved, but it’s worth the doing.

Now that I’m not afraid of my anger anymore, I can see it easily when people try to negate me and nip such manipulation attempts in the bud. I’m able to separate my anger from my arguments–and other people’s anger from their own arguments. Now that I’m not part of a culture that demands the patrolling of people’s anger, I can do better at engaging with their ideas instead of criticizing them for these displays. And when I feel touchy, I have a range of coping strategies designed to nourish myself and regain perspective so I’m not bottling up that irritation until it becomes a pulsing raw nerve about to explode.

I look back with sadness at those who are still trapped in those shackles and trying to deny themselves the fullness of their emotions. I know how futile that quest is, and how harmful. I’ll never go back to that cesspool of a mindset. And I’ll never trust Christians who claim to be able to “give their anger to Jesus” and magically negate one of humankind’s most powerful emotions. I know how that worked out when my peers and I tried it. I doubt anything’s much different now.

* If you find yourself suffering rage blackouts or are worried about your anger levels, here’s a link that might help you assess whether you need professional help.

* Recovering from Religion has resources to help you find a secular therapist. 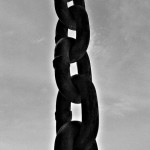 June 11, 2015 Community Matters
Recent Comments
0 | Leave a Comment
Browse Our Archives
get the latest from
Ex-Communications
Sign up for our newsletter
POPULAR AT PATHEOS Nonreligious
1