Those Who Carry the Scars Must Remember

Those Who Carry the Scars Must Remember June 5, 2015 Galen Broaddus

“Those who give the blows may try to forget, but those who carry the scars must remember.”
from “The Book of the Dead” by Edwidge Danticat

When I was eight, my family moved about half an hour away of the town where I was born. I was entering third grade, and while I hadn’t been the most popular kid in my previous school, I had had some close friends who I was leaving behind. But things change, and we had to move to be closer to my father’s full-time, non-ministerial job.

What followed was five years of complete torture.

To this day, I still have difficulty reading about other people’s experiences being bullied as children because it brings back such vivid, visceral memories for me. I remember the physical torment, the constant attempts of larger kids to show their dominance over me, the diminutive, nerdy boy. I remember how I was made to feel lesser by others through simple things like my own name (I have only in the past several years come to terms emotionally with my given name). I remember how my classmates, regardless of gender, would pounce on any display of emotion to make me feel even smaller, which has made it harder as an adult to have a healthy expression of my own emotions.

I want to forget, but I still carry those scars.

I don’t have the same kinds of scars from having left religion, despite the way that my faith expired partially through my disillusionment with how the church handled dissent and questioning. I certainly don’t have the kinds of scars that I see in other people, and my most lingering scar was a fear of being left behind. I occasionally have doubts, but they aren’t persistent or invasive.

What is glaringly obvious, however, is that there are a lot of wounded people at the hands of religion.

People grappling with the guilt of not meeting the standards of a perfectionist God.

People dealing with shame from having been given a flawed view of sexuality.

People trying to unlearn what religion has ingrained in them.

And those are just the more general effects. Then we see the specific cases like the Duggars’ cover-up of the child sexual abuse that occurred in their household, the silence and wagon-circling around allegations of an “Emergent” Christian leader’s spousal abuse, a church’s attempted “discipline” of a woman who had her marriage annulled after her husband was caught with child pornography…and these are just from evangelical Christian circles.

To say nothing of the individual stories, which are legion.

This can be a hard thing for some people to grasp, admittedly, if they haven’t lived it. It’s almost trivially easy to find people asking questions like “Why don’t you just move on?” or “Why do you talk so much about something you don’t believe in?”

And the answer, for many people, is that they cannot forget.

“Those who give the blows may try to forget, but those who carry the scars must remember.”

Nor should we – those of us left without the same scars – forget, if we care about empathizing with those who have been wounded by religion. Sometimes we have to tell our stories or elevate the voices of those whose stories so badly need to be told. Sometimes we have to move from individual narratives to collective action. Sometimes we just have to help these people to find ways to cope with these memories, whether that be in the acceptance of other like-minded people or the embrace of community or the commiseration and support of online spaces. (The Hotline Project is one avenue for finding any of these.)

And for more serious issues, programs like the Secular Therapist Project can provide even more support and help in the aftermath of such abuse.

Some scars will unfortunately remain, and their effects may linger, but no one should have to carry them alone. 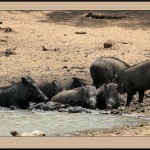 June 3, 2015
Well, Tonight We'll Sort It All Out: For Tonight It's The Meaning of Life.
Next Post

June 5, 2015 Why does God hate SEX?
Recent Comments
0 | Leave a Comment
"This site will be left as-is for anyone who wants to read the older posts. ..."
Joe Omundson Announcement: ExCommunications is Moving!
"Will the older content be transferred to the new site?"
Clancy Announcement: ExCommunications is Moving!
"It's a love for the Horror genre.Once I stopped believing in ghosts and exorcisms, those ..."
Steve Dustcircle What Makes People Long For the ..."
"> What Makes People Long For the ‘End Times’?It's a sado-masochistic revenge fantasy. And is ..."
Jim E Jones What Makes People Long For the ..."
Browse Our Archives
get the latest from
Nonreligious
Sign up for our newsletter
POPULAR AT PATHEOS Nonreligious
1